DETROIT - After serving as the city's drive-thru testing site for the majority of the COVID-19 outbreak, Detroit's outdoor screening facility is moving away from the old state fairgrounds.

After serving as the city's drive-thru testing site for the majority of the COVID-19 outbreak, Detroit's outdoor screening facility is moving away from the old state fairgrounds.

Adapting to cooler temperatures while getting a better handle on the virus, city officials believed a move indoors would be necessitated before long.

Free COVID-19 testing will still be available to any resident from Wayne, Oakland, or Macomb County after the facility moves on Tuesday. 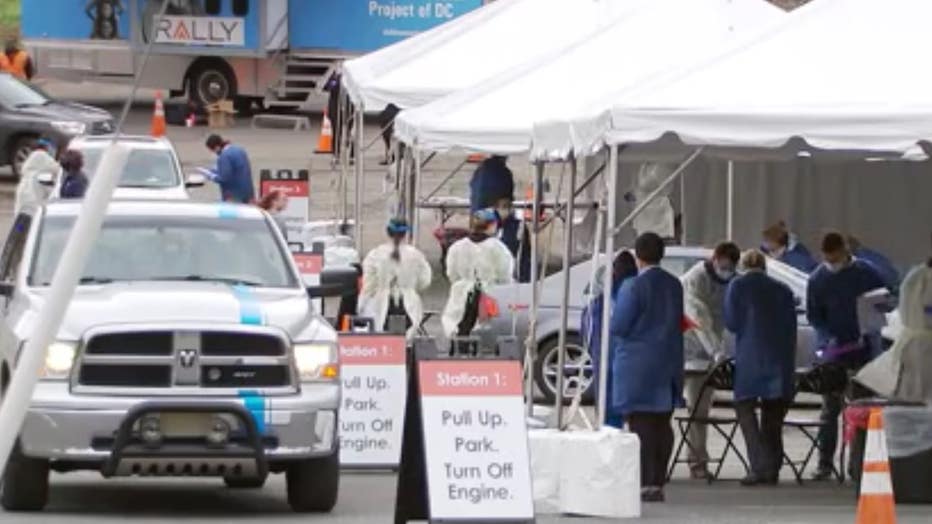 Officials said Detroit's drive-thru testing became a model for the country in how to streamline efforts to screen for the virus.

"The team that has been running the testing site at the Fairgrounds did an extraordinary job making it smooth and efficient for Detroiters and our suburban neighbors to have convenient access to testing," said Mayor Mike Duggan in a statement. "I am confident that the new site will run just as well and that we'll continue to contain the spread of the virus through the knowledge of who has it and who doesn't."

"We feel ready for tomorrow which will be our first day taking patients,"  said Elisa Malile, deputy chief of staff for Mayor Mike Duggan. "We started off the day with orientation and we've been doing training all day."

"We've spent a lot of time studying different ways to make this happen so we came up with a plan. Patients can call and make an appointment. There are no same-day appointments here."

The free testing will still be available to anyone in the tri-county area - that's Wayne, Oakland, and Macomb County and when you arrive for your scheduled appointment... you simply pick an empty spot - and call.

You will get a confirmation email and text message, then you'll be alerted when to come in.

"We make sure we control traffic especially when it starts snowing we don't want people standing outside," she said.

The city says - patients shouldn't see any changes in the effectiveness of the tests - or how fast they can get in and out... anyone who calls to schedule an appointment will be asked to fill out a questionnaire.

"If you are symptomatic, if you are elderly or if you're disabled we will have a nurse come out and swap you no matter what the element is," Malile said.

City staff says they chose the community center because it's centrally located - and can handle the same volume of tests per day about 200 to 300 tests. At its peak - more than 1,200 people had been tested at the fairgrounds per day.

Construction is also set to begin at the old State Fairgrounds on a new Amazon distribution center in October. The $400 million building will be constructed on a 142-acre plot of land.