DETROIT (FOX 2) - Detroit Mayor Mike Duggan is spending Friday in Washington, DC for a meeting with President Joe Biden to discuss the need to help Americans during the pandemic and to address support to continue the fight against COVID-19.

Detroit Mayor Mike Duggan joined governors and mayors from across the aisle and from all over the country to discuss Covid relief plans with President Joe Biden and members of his administration.

Duggan and other leaders met with President Biden and to discuss the President's $1.9 trillion American Rescue Plan that is being discussed in Congress plus more access to the COVID-19 vaccine. On Thursday, a House committee advanced part of the bill that would send $1,400 in stimulus money to Americans.

The legislation includes another $1,400 cash payment for individuals earning $75,000 or less (and couples with an income below $150,000). The checks would phase out faster than previous rounds, cutting off individuals who earn more than $100,000 and couples earning more than $200,000. The proposal also extends eligibility to more dependents, including college students and disabled adults.

Detroit Mayor Mike Duggan returned from meeting with President Biden and members of his administration today about Covid relief packages. We caught up with him at Detroit Metropolitcan Airport in Romulus tonight.

The measure also expands tax credits for low-income workers and families paying for care for children or adults. Most American parents would receive $3,000 a year for every child ages 6 to 17 and $3,600 a year for every child under age 6 under the bill. Families are normally entitled to up to $2,000 annually in refundable tax credits per child, an amount that was doubled by Republicans in 2017 with the passage of the Tax Cuts and Jobs Act. 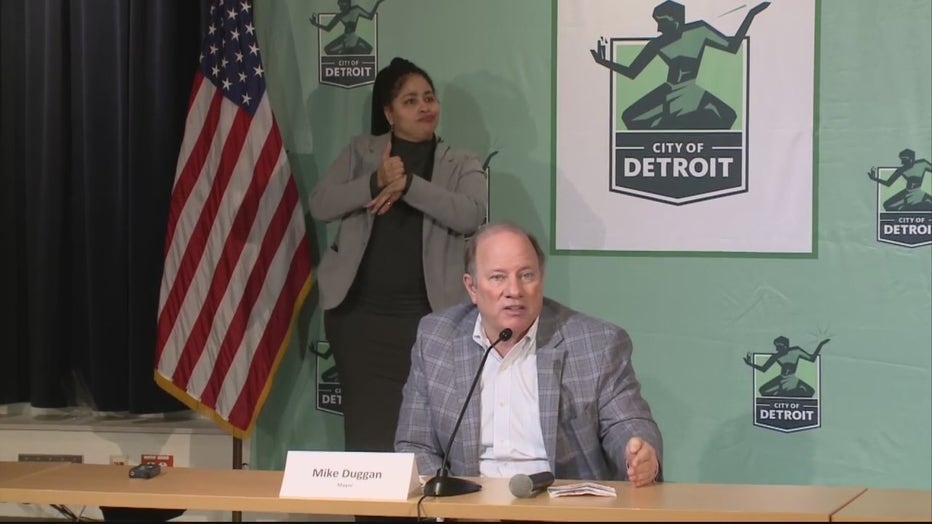 The bipartisan meeting includes both Democrat and Republican lawmakers:

Duggan's efforts to fight the spread of the virus have gotten attention in recent weeks and months as the TCF Center has been transformed into a mass vaccination site. Since the opening a month ago, Duggan and the city have continually expanded access to include people 65 and older, people who live or work in the city in the food and drink industry, and more.

On Thursday, Detroit announced people with physical or intellectual disabilities are now eligible to be vaccinated as well. Only four states have opened up that access.

The Federal Emergency Management Agency has told Detroit it will be reimbursed about $18 million to cover the city's coronavirus-related costs including money spent on administering vaccines.

Detroit has paid for staff and rented space at a downtown convention center where vaccines are being given to residents driving through the facility's underground garage, according to Duggan.

"I did not wait to figure out the bureaucracy," he told reporters Thursday. "I was confident we would get reimbursed at some point."

Duggan is a Democrat who this year will seek his third consecutive four-year term as Detroit's mayor.