DETROIT (FOX 2) - A Detroit woman who has always thrived on giving back to her community now has an army of moms to help her do it.

"I had difficulties with one of my children and I decided to create a platform for moms to vent, share and also give back to the community," said Ericka Woods. Her platform is now a nonprofit organization made up of 4,000 women, who empower each other while dedicating their time to helping the less fortunate.

"I have always had a love and a passion for giving back, just something about giving and helping the homeless has always something special to me," Woods said.

And now she's even got her first billboard. It's promoting her favorite fundraiser "Socktober" that her group holds every October. The fundraiser collects socks that are distributed to those without a home. 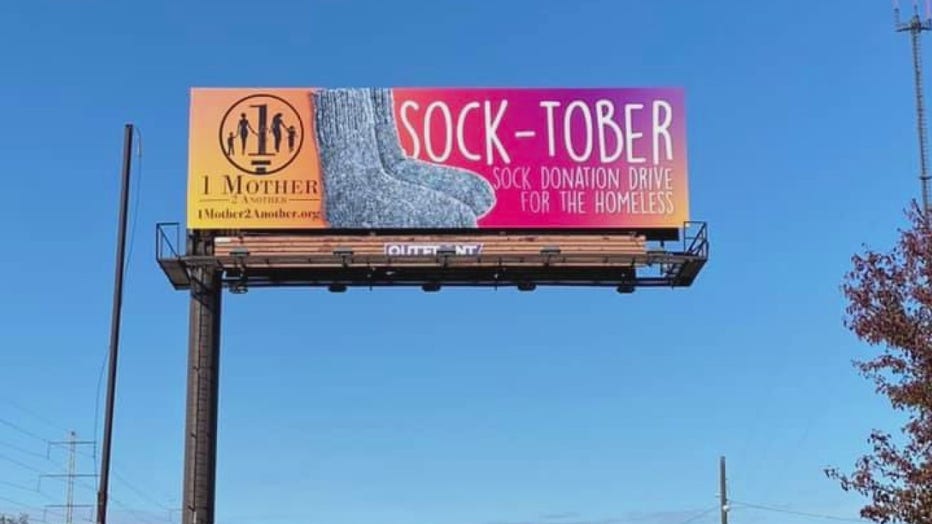 "My biggest thing is getting the community involved," she said. "I'll post something on social media, 'Hey guys I have a volunteer opportunity for us to go out.' There's this great organization that we work with called Elevate Detroit and they have a barbecue for the homeless every Saturday. So we go there and distribute the socks. We also go different places downtown and we give them to the shelters."

She does all of this in her spare time, which Woods doesn't have a lot of. The mother of two works nights in logistics to support her family. But her nonprofit 1 Mother 2 Another and the work it does to motivate, educate and support others is a labor of love. 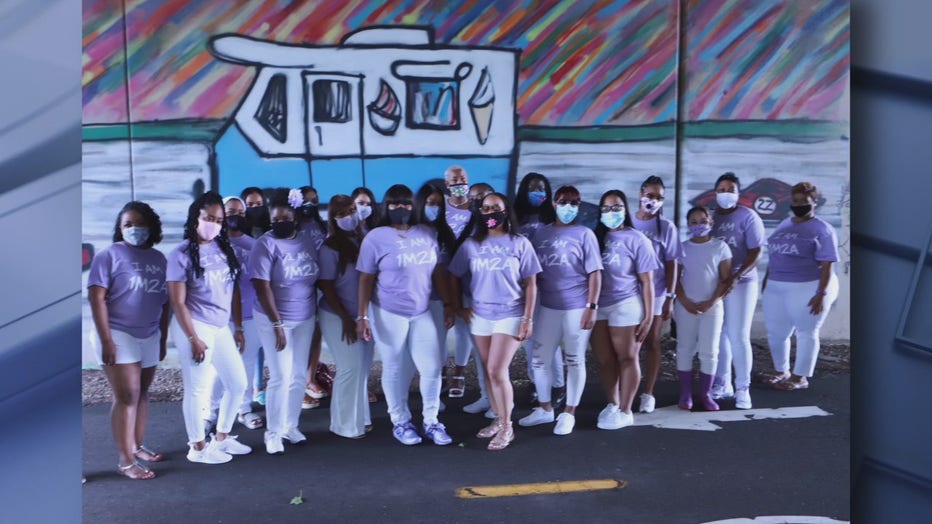 "A lot of people when we give them socks, they don't even have socks on at that time," she said. "They are always very appreciative of whatever. Because not only do I collect socks, I may get sleeping bags for them as well. So I'll put hand warmers in the bags, socks, just different things they need while they are on the street and they are very, very appreciative."

If you are interested in donating socks, the group's drop off location is at SnatchGang Studio at 26042 West 12 Mile in Southfield.

Woods also says women who are interested are welcome to join the group.