Detroit carjackings are up 40 percent compared to last year - and the ages of the kids doing them – have become unbelievable.

DETROIT (FOX 2) - Detroit Police on Monday told FOX 2 that three children, between the ages of 11 and 14, were the most recent arrests in rising cases of carjackings throughout the city.

On Monday, the trio of kids - ages 11, 12, and 14 - were arrested in the storage lot of the Jefferson North Plant while trying to carjack the new Dodge Hellcat Chargers and Challengers.

Detroit Police Lt. Clive Stewart is the head of the Detroit Police Commercial Auto Theft Unit and said he's never seen anything like this before.

"They think it's fun and there is no penalty to it," Stewart said. "Doing this as long as I've been doing this, 11 is the youngest."

READ NEXT: Carjackings up in Detroit - and so are false reports of them

The three kids were apparently trying to take $80,000 and $90,000 Dodge Hellcat Chargers and Challengers.

Stewart wonders if the three kids were working for adults who were using the kids because they knew the punishment wouldn't be as steep for them.

"To me in my mind, I would think somebody a little older got these kids out here and are putting in orders," Stewart said. "The older offenders know, ‘I can do this and not really have my hands on it because I didn't really steal the car.'"

Believe it or not, another 14-year-old was arrested this weekend. He's a repeat carjacker, police say, and was out on bond from a carjacking in May when police said he jacked two cars on the city’s east side last week.

"Here we are a couple of months later, we are dealing with the same juvenile once again," Stewart said.

The lieutenant says he is likely linked to several other armed robberies during his time on bond as a middle-schooler. It was a Crime Stoppers tip that got him caught this time.

Detroit police said carjackings are up 40% compared to 2021 but they are going full force trying to get these carjackings down.

RELATED: More carjackings reported amid surge including of a 73-year-old victim 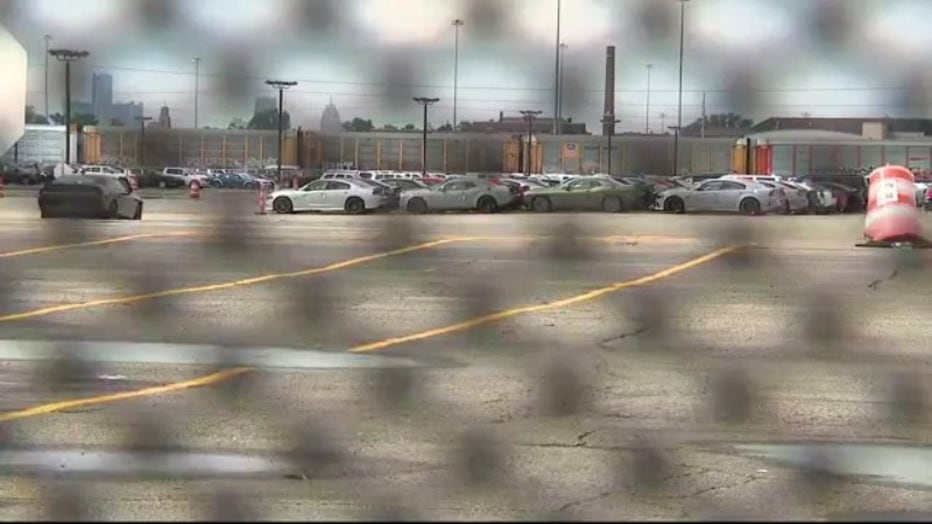