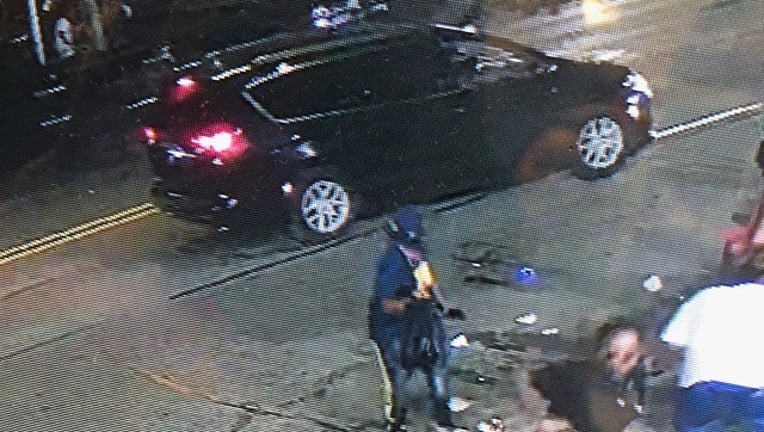 DETROIT - Detroit police have released footage of a vehicle they say was involved in the non-fatal shooting of several people late last weekend.

At least six people were injured by gunfire at a vigil on Asbury Park Sunday night when someone driving a vehicle pulled up and started shooting.

Green light surveillance footage from that night showing a dark-colored van can be seen driving by a group of people. As it slows down, the crowd disperses as someone inside starts shooting.

Police are looking for two suspects - the driver and the passenger, who is the alleged shooter.

The van fled west on McNichols after the shooting.

All victims were treated at a local hospital for their injuries.

The shooting happened at W. McNichols and Asbury Park around 10:15 p.m. Sunday night.

Around 100 people attended the vigil, which was organized to honor a man that had died in an ATV crash from the week before.

"That's the evil spirit right there," said Chantelle Edwards, a sister of one of the victims who had attended the vigil.

Shortly after the shooting, Detroit police also released photos of four individuals they wanted to speak with regarding the shooting. They were labeled as persons of interest and not considered suspects.