Minutes after fleeing, the man in the truck crashed at the intersection of Cass Avenue and S. Rose Street in Mount Clemens.

Authorities said undercover members of the Macomb Auto Theft Squad tried to stop the stolen truck at 1:25 p.m., but the 41-year-old driver sped away after hitting at least one undercover vehicle.

Related News: Driver pulled up alongside traffic cop, admitted to shooting up his Warren apartment

Minutes after fleeing, the man in the truck crashed at the intersection of Cass Avenue and S. Rose Street. 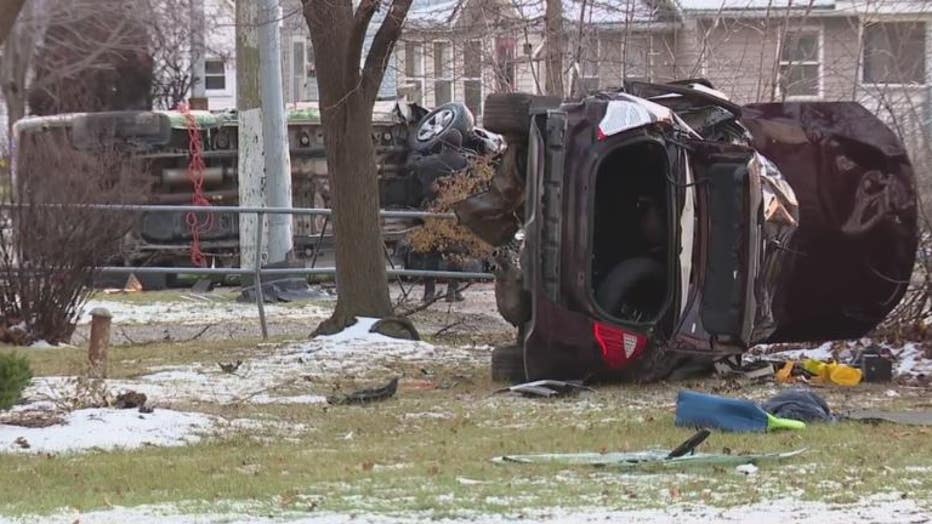 A 58-year-old woman was hurt in the crash. She was pronounced dead at McLaren Macomb Hospital shortly afterward.

The man tried to flee the scene but was arrested without incident. He is being held without bond.

Hours before the fatal crash the work truck was reported stolen by a local roofing company.

The people at  Kanga Roof tell FOX 2 that around 8:30 a.m. Monday, an employee was filling up the tank roughly 5 and a half miles away at 13 Mile Road and Groesbeck, when it was allegedly stolen.