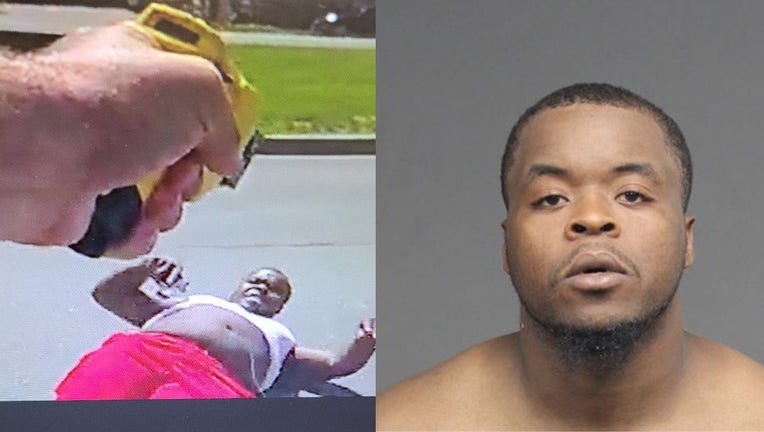 Eastpointe Police arrested a man who pointed a gun at officers as they tried to tase him during an arrest on June 15.

EASTPOINTE, Mich. (FOX 2) - The Eastpointe Police Department announced on Tuesday that a 28-year-old Detroit man who was stopped recklessly riding a 4-wheeler pulled a gun during the attempted arrest as police tried to use Tasers before he ran and was later arrested in a nearby neighborhood.

Deaz Fitzgerald Titus, Jr, was stopped on Gratiot just north of 8 Mile on June 15 for riding a 4-wheeler recklessly, police said. After he was stopped, police walked up to the ATV and said they noticed what looked to be a gun in Titus' shorts.

Police tried to restrain him but he pulled away and one officer deployed his Taser. Titus lost his balance and fell ever and started to roll over.

That's when police said he pulled out the gun and point it at the officers. The second officer used a Taser but it didn't take effect.

Officers didn't use lethal force because there were multiple cars and people in the area. They took cover and Titus ran off into a neighborhood.

A perimeter was set up and a Detroit Police K-9 was called to help find him.