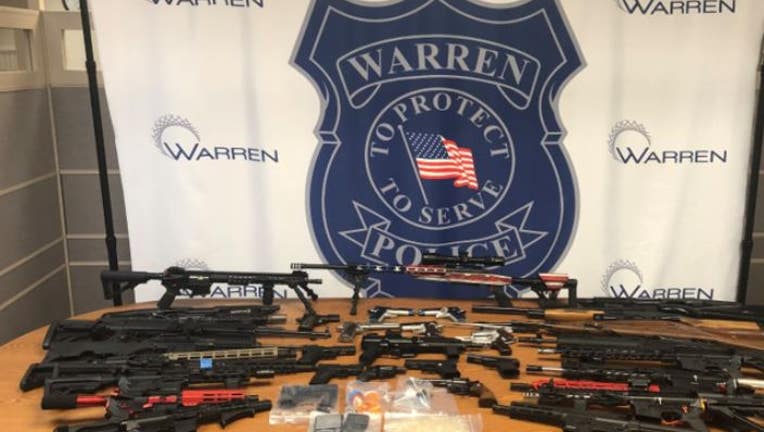 The investigation led police to Hensley's Madison Heights home, where they executed a search and arrested him without incident.

During the search, police said they found 35 grams of meth and packaging materials; 14 handguns; 23 rifles, three of which had fully automatic switch; 24 crates of ammo totaling more than 10,000 rounds; and 100 loaded gun magazines.

"Neighborhood drug enforcement has been a top priority of mine since returning as Police Commissioner in 2017. The seizure of such a large quantity of weapons, ammunition, and drugs is yet another example of the Department’s proactive approach to ridding the community of illegal drugs. Thanks to the efforts of the Warren Police SID Unit, I have no doubt that the community is safer now that these drugs and weapons are off the street and the seller is in custody," said Warren Police Commissioner Bill Dwyer.

Hensley was charged with two counts of delivery and manufacturing of methamphetamine, two counts of felony firearm, and one count of maintaining a drug house.

He is expected to be arraigned Tuesday afternoon.