It's been almost a year-and-a-half since Karissa Baker and her fiance were regularly together but the reopening of the international border is still in doubt as the COVID-19 pandemic continues.

RIVER ROUGE, Mich. (FOX 2) - It's been more than a year since a River Rouge woman and her Canadian fiance have seen each other as the travel restrictions between the United States and Canada due to COVID-19 have dragged on.

Karissa Baker says the Skype dates between her and her future husband, Jacob Temple, have been holding their relationship together for the past 16 months. But the closures have dragged on for more than a year and have been extended every single month.

"I think that's the worst part is the indefinite - the not knowing," Baker said. "We have just missed out on so much we can't get back."

RELATED: Couple ‘meets’ across Detroit River with binoculars for first time in 10 months

Temple lives in Windsor, just across the Detroit River from Baker in River Rouge. Even as more people are flying and traveling, the border between the two North American countires remains closed to non-essential travel.

"It's painful to see everybody else go back to normal while our lives are still completely paralyzed and controlled and on pause," Baker said.

Before COVID-19, the couple regularly drove across the border and visited each other in just 20 minutes. International travel in the air is allowed but the closest airport to Windsor is four hours away, in Toronto.

Temple did come in for a visit in February but the visit was short-lived. It may not happen until the border reopens.
Baker said between flights, missing to work, and having to quarantine - the money adds up fast.

"All of the expenses that would be involved in lost wages and child care costs we just can't we can't afford it," she said.

Baker isn't alone in trying to get the border reopened. Devon Weber founded 'Let Us Reunite', an organization pushing for the reopening. Considering that air travel is allowed, she questions why the physical border isn't open again.

"If you can tell me any Canadian can fly from Canada to the US with just a negative COVID test, why can't my family cross the border?" she said.

According to Weber, family exemptions are in place in Canada but there none in the United States. The Department of Homeland Security sent us a statement, which went out on twitter last month that said, in part, "the U.S. is working with experts from Canada and Mexico to determine when restrictions can safely loosen."

"People need to know there is a light at the end of the tunnel and this is going to end and to just have rollovers month after month without any comment - just a tweet from the Department of Homeland Security saying the border closure is extended is extremely frustrating," Weber said.

Michigan Representatives Hailey Stevens and Debbie Dingell have both called on the border to reopen. It's currently set to be closed until at least July 21. 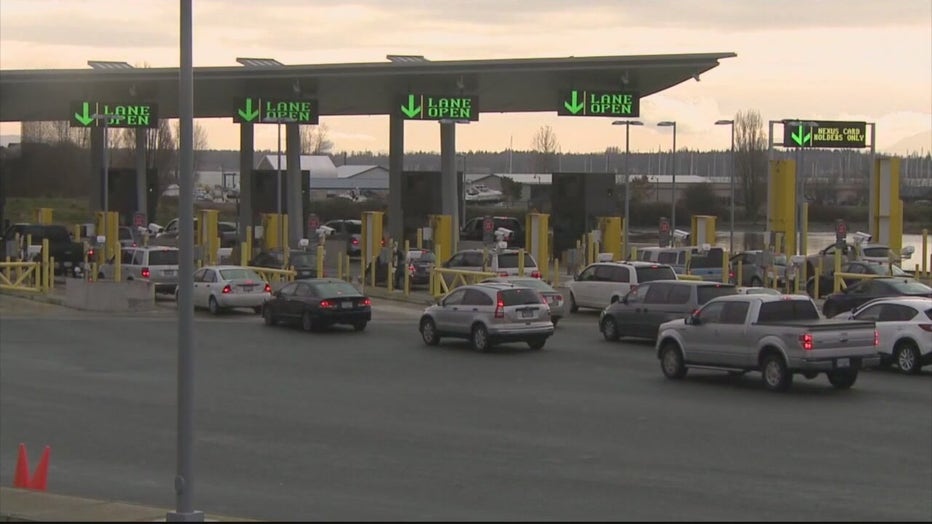