Ethan Crumbley, the 15-year-old charged in the Oxford School Shooting, has waives his preliminary hearing and the case will head straight to trial in a Michigan circuit court.

ROCHESTER, Mich. - Ethan Crumbley, the teen accused of committing mass murder at Oxford High School last November waived his right to a preliminary exam on Friday. He was bound over to circuit court for the Nov. 30 shooting.

In a preliminary hearing, the prosecution presents evidence to show probable cause that a crime was committed AND that there is enough evidence that the suspect in the case is the person who committed the crime. During that hearing, a judge will then decide whether to agree with the prosecution and send the case to trial.

By waiving his right to a preliminary hearing, Ethan Crumbley's case will now head straight to trail in a circuit court.

Crumbley appeared in district court in Rochester Friday morning, where he confirmed he had discussed waiving the preliminary exam with his attorneys.

The brief appearance in front of court followed a monthlong delay after his original probable cause conference was rescheduled in December.

When a case is bound over, the case heads straight to trial. The defendant may also plead guilty or no contest. 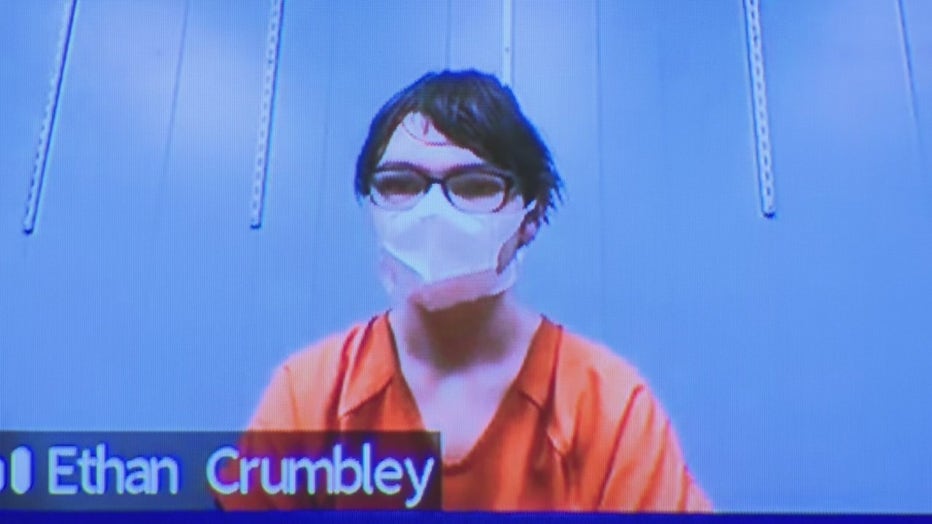 Both the prosecution and defense consented to the move.

The case will go to circuit court but a trial date has not been set. Crumbley's defense attorney stated that they plan to seek a reduction in bond and a hearing for that will take place in the next two weeks.

Want to catch up on everything to know about the Crumbley case? Click here for more on Ethan Crumbley and here for James and Jennifer Crumbley.

The first court appearances for Ethan Crumbley and his parents James and Jennifer Crumbley will be procedural meetings to discuss bond reductions for couple, and a probable cause conference for the teen.