$10,000 reward offered for information on woman wanted for murdering, dismembering her boyfriend

Tammy Williams has not spoken with police in two years and authorities believe her family may be helping her hide.

DETROIT (FOX 2) - It's been three years since police have been in contact with Tamera 'Tammy' Williams, the woman wanted for murdering and dismembering her boyfriend, but now the reward has been increased and police think family members have helped her run.

Williams, now 41, has been on the run since October of 2018 and is accused of dismembering David Carter. His lower half was found in a sleeping bag off of I-75 in Ohio while his other body parts were littered along the highway.

Supervisory Deputy U.S. Marshal Aaron Garcia said it's been almost three years since Carter was murdered and they're still searching. But they won't stop.

"We are going to find you," he said. "We have been investigating this case for 3 years and we've had very little cooperation at this point."

Garcia said people close to Williams have not helped them but may be supporting her, financially.

"People know where she's at, they know her location, know how to get in touch with her. They haven't come forward yet," Garcia said.

Williams' mother was identified Wednesday night as Verdine Day, the former treasurer of the Detroit Firefighters Association (DFFA) who was indicted earlier this week in federal court for embezzling over $200,000 to fund lavish vacations and cruises. 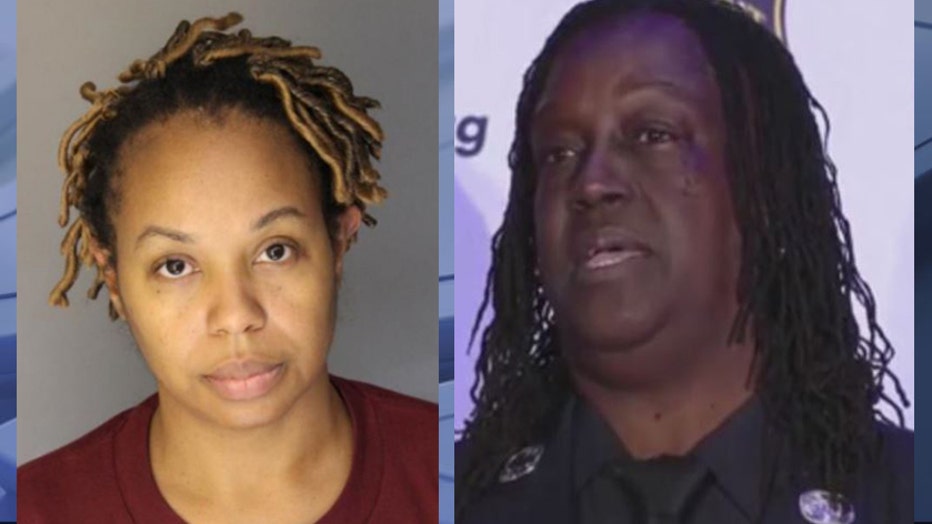 With Day being charged, Williams is now a top suspect for the U.S. Marshals and they're doubling the reward from $5,000 for information.

"She is one of our top priorities in the country we upped the reward to $10,000 for any information leading to her arrest," Garcia said.

Williams was interviewed by Melvindale Police shortly after Carter's remains were found but she was released pending further investigation. She's been on the run in at least three states ever since.

She has a large tattoo of roses along her shoulder and authorities say she may have changed her appearance since then.

Garcia said they want to track her down as soon as possible and help the Carter family find some bit of closure.

"This is a horrendous crime, it's a horrible crime. David Carter and his family deserve justice and closure to move on with their lives and this point they can't," Garcia said.

The U.S. Attorney's Office did not comment if Day helped her daughter stay in hiding.