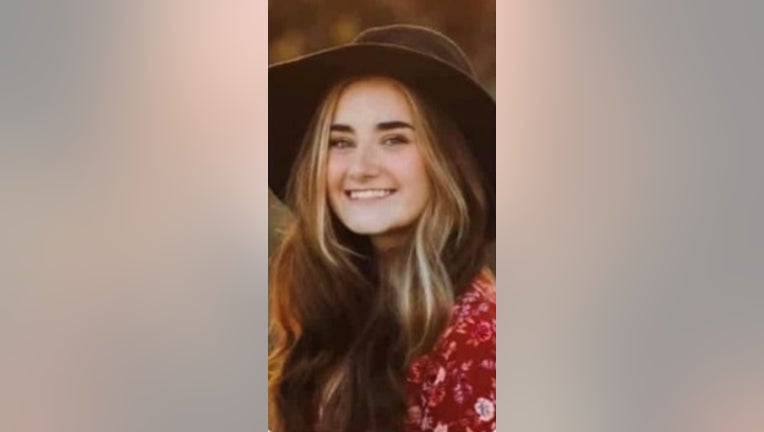 Oxford High School shooting victim Madisyn Baldwin, 17, was killed on Tuesday, Nov. 30 when a gunman opened fire inside the school.

NOVI, Mich. (FOX 2) - The family of Madisyn Baldwin is suing Oxford Schools and employees for the teen's death during a mass shooting at the district high school last November.

The civil suit against the school district alleges that, based on testimony given during a recent hearing involving the accused mass shooter's parents, that employees "failed the students of Oxford High," a release said.

"While in the school counselor's office on November 30, with a backpack containing the murder weapon and 48 rounds, a mentally ill child was crying out for help, and two present parents could or would not help him. There were only two grownups in the room, the Oxford High School employees, and they placed the child back into the classroom where he would wreak havoc a short while later."

Madisyn's mother, Nicole Beausoleil, said the federal lawsuit isn't about the money - it's about holding those who had a role, responsible.

"I will never forgive him or forget him - but do I feel sorry for him? 100% - he cried out for help," Beausoleil said. "To me, it's about making sure things change in the district and the mental health changes in the community in general."

The mom of Madisyn Baldwin says she can't ever forgive Ethan Crumbley for killing her daughter but says she feels sorry for him.

Baldwin's lawsuit is the latest in a growing list of filings against the school district that have been submitted by victims and their families. It's also the fourth lawsuit filed by families of students that died during Ethan Crumbley's alleged massacre.

All four families allege the district failed to adequately protect their kids at multiple stages prior to the Nov. 30 shooting. Details from the events leading up to incident have been released during court hearings involving James and Jennifer Crumbley, who have been charged with four counts of involuntary manslaughter.

Beausoleil's attorney, Wolfe Mueller, anticipates this federal lawsuit will be consolidated with the previous federal suit filed on behalf of the other victims killed in Oxford so they can come to a swift and just resolution. But that could even still be a year or two away.

RELATED: Crumbley parents ask for trial to be moved out of Oakland County

The district's school board has been under fire over concerns of a lack of transparency after it repeatedly turned down offers from the attorney general to investigate the shooting. Instead, the district opted for a third-party review.