Venn Johnson has announced a lawsuit against members of the Oxford School District for gross negligence when they failed to report warning signs displayed by Ethan Crumbley.

SOUTHFIELD, Mich. (FOX 2) - The parents of Tate Myre, one of four Oxford High School students killed during a mass shooting last year, have sued members of the school district as well as Ethan Crumbley and his parents.

Citing "errors" made by school counselors, administrators, and teachers, Attorney Venn Johnson alleged their inaction by failing to report concerns about Ethan mental state enabled the 15-year-old to murder four people and injure seven others.

"You don't have to be a psychiatrist or psychologist to see this," Johnson said, pointing to a blown-up image of drawings that Ethan had made on a school assignment. The images depict someone with bullet wounds, a drawing of a hand gun similar to the one used in the shooting, and phrases like "blood everywhere."

A new civil lawsuit has been filed against accused Oxford High School shooter Ethan Crumbley, his parents, and school staff.

A lawsuit filed by Johnson lists the parents of Myre, as well as a friend of Justin Schilling who also died in the wake of the shooting, as plaintiffs. 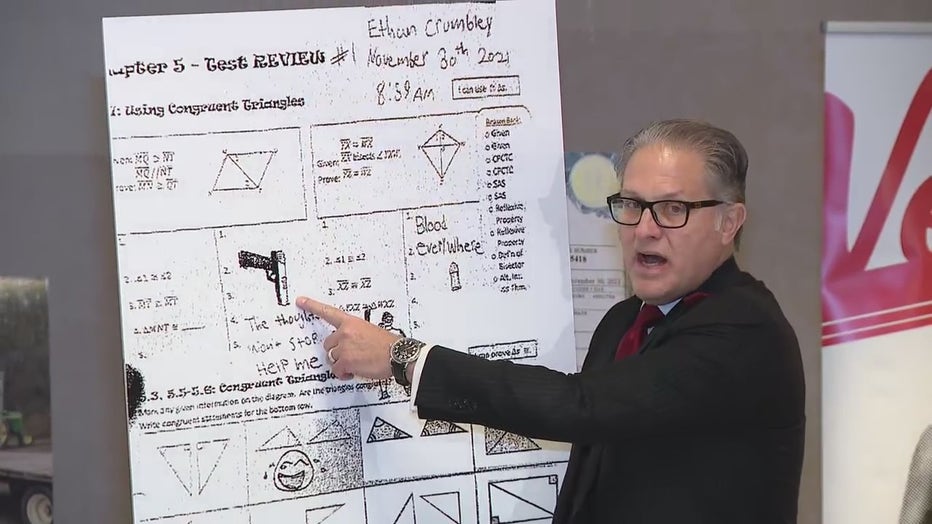 The lawsuit alleges all three teachers had direct contact with Ethan while he violated multiple school policies, like looking up ammunition and videos of shootings. According to Johnson, the teachers failed to follow the proper protocols under a Michigan law called the Child Protection Act, which guarantees the safety welfare of all children.

The school counselors that had contact with Ethan in the days and hours leading up to the shooting also failed to report the concerning behavior he was exhibiting, Johnson said, despite the law requiring them to do so.

That includes interactions that Ethan had the day prior to Nov. 30, and the morning of when his parents were called into the office to discuss troubling behavior. After the meeting was over, Ethan was sent back to class.

Wrongful death, assault, violations of the Child Protection Act, and inflicting of emotional distress counts were all listed on the lawsuit.

Johnson said "…a teacher, school counselor, administrator shall make an immediate report" of suspected abuse or neglect of a child if they believe it's occurring.

But according to the lawsuit, Myre's death and the deaths of the other three victims happened as a result of inaction by the defendants.

The filing was submitted Thursday morning in Oakland County Circuity Court. Johnson estimated the lawsuit would take years before it will be resolved.

Johnson's lawsuit is the latest filed against the school and suspect in the wake of the shooting. 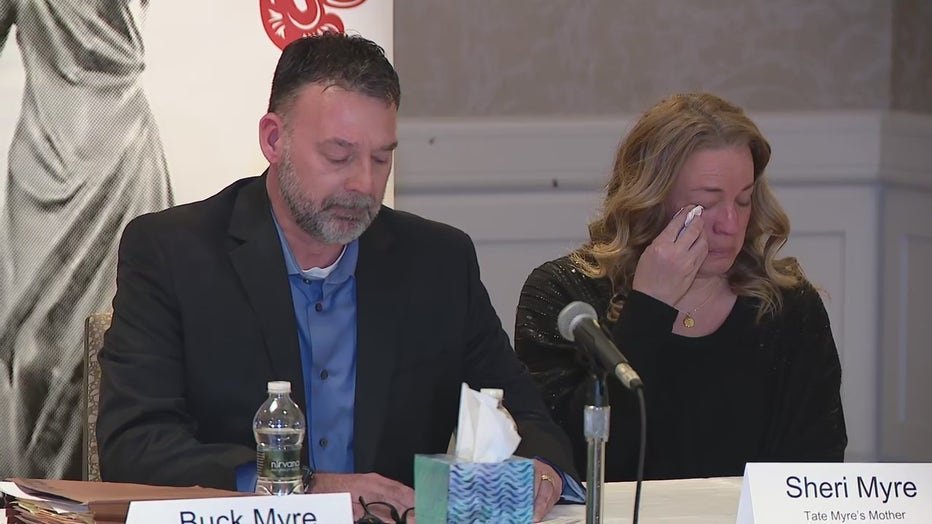 On Dec. 9, 10 days after the tragedy, Geoffrey Fieger filed two $100 million lawsuits and claimed school officials knew of threats. The school principal, district superintendent, the dean of students, two counselors, a staff member, and two teachers are named in the suits.