Demonstrators protested Action Impact in Eastpointe Tuesday — the gun store where Sheldon Thomas allegedly made a straw purchase — illegally buying the pistol for the gunman who killed Officer Courts.

DETROIT (FOX 2) - "Our heart goes out to the family and to the Detroit Police Department," said RIck Ector. "I think that when the police chief wants to ban a certain class of firearms because he doesn’t like the way that it looks, or it was used criminally by a bad guy to commit a heinous act, I think that’s a bridge too far."

Ector, one of Detroit’s most prominent firearm instructors, is responding to Detroit Police Chief James White. The chief said civilians should not have access to firearms similar to the one a 19-year-old gunman used to murder DPD Officer Loren Courts.

"I absolutely feel they should not. An assault rifle is just for that. Okay? It’s not a hunting rifle, it’s not for hunting deer in November, that’s not what it’s about," White said. "This is an assault rifle."

The firearm used in the murder is not a rifle, but technically a pistol that fires the same caliber round as an AK-47 rifle.

"It is a style of firearm that a lot of people currently use lawfully and they will continue to do so," Ector said. "So to vilify rifles or shotguns and say they are the reason why we have a high level of crime, it’s a misnomer - and all one has to do is look at the uniform crime stats."

According to the latest FBI Uniform Crime Report which is from 2019, rifles accounted for 364 of the nearly 14,000 homicides across the country.

Pistols made up the lion’s share of those homicides with more than 6,000.

According to the Centers for Disease Control and Prevention, the firearm homicide rate rose by nearly 35 percent from 2019 to 2020.

Demonstrators protested Action Impact in Eastpointe Tuesday — the gun store where Sheldon Thomas allegedly made a straw purchase — illegally buying the pistol for the gunman who killed Officer Courts.

That 19-year-old gunman would not have been able to purchase the firearm on his own.

"These assault weapons are ridiculous in our communities and they’re causing death. period," Chief White said.

Action Impact owner Bill Kucyk says they’re no longer selling that Draco pistol. Before it became known the weapon was purchased from the store, he told FOX 2 a week ago he didn't like selling it.

Related: Man accused of buying gun for killer of DPD cop to stay in federal custody

He said he and his team work hard to prevent straw purchases and block sales when they suspect something is awry.

"I've been in business over 15 years," Kucyk said. "And you're looking at thousands of firearms. This is the first such incident and it breaks my heart. I am retired law enforcement - so don't think I'm not devastated. We have relationships with these officers."

Ector says he firmly supports Detroit police and has had family members and close friends on the force.

"I support the police department that took out the bad guy who committed that heinous act," he said. "I have no ill will against the police or it’s officers. My argument is strictly about banning a certain class of firearm because one was used illegally and negligently to complete a criminal act. Two totally separate issues." 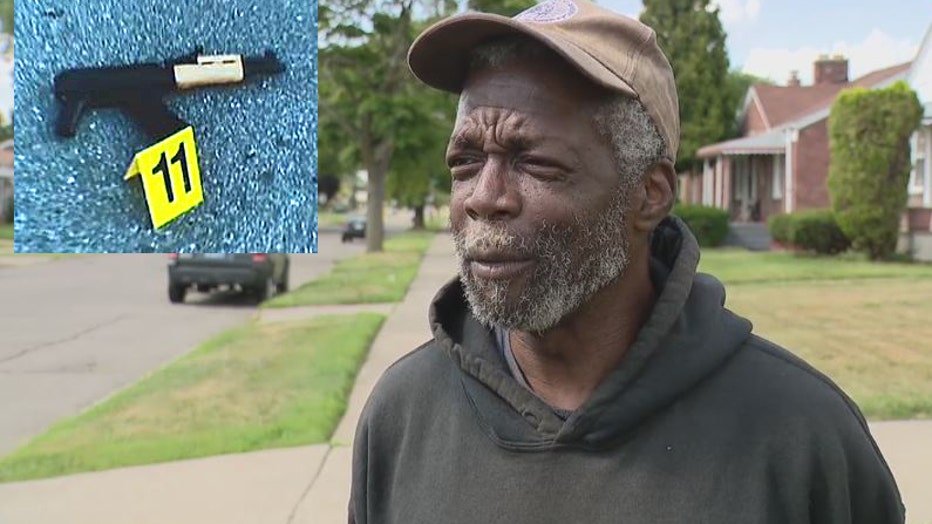