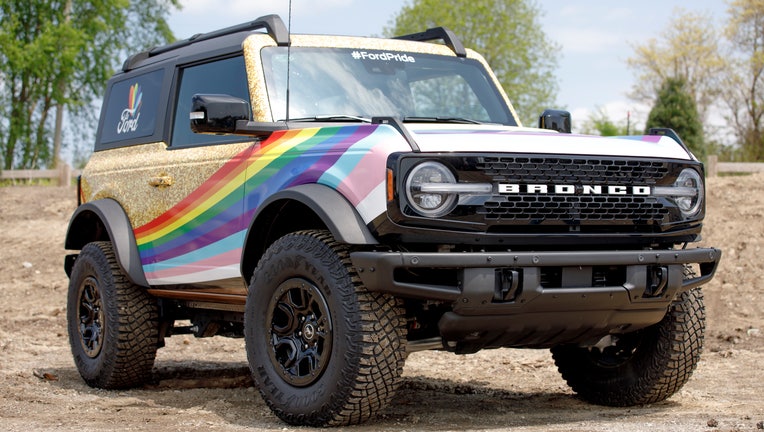 (FOX 2) - Drivers will likely spot Ford's newest Bronco before any other car or truck on the road, thanks to trendy SUV's latest paint job: rainbow and gold sparkles.

The auto company's latest addition to its lineup celebrates Pride Month this June and plans to showcase the Bronco in the Motor City Pride parade this weekend. It'll also be at the Block party in Ann Arbor on June 25.

A spokesman said the new Bronco was following in the footsteps of last year's "Very Gay Ranger Raptor" which debuted in Europe. It featured a similar paint job. According to the social media post last year, the company's push for more colorful cars came from a troll's comment online. 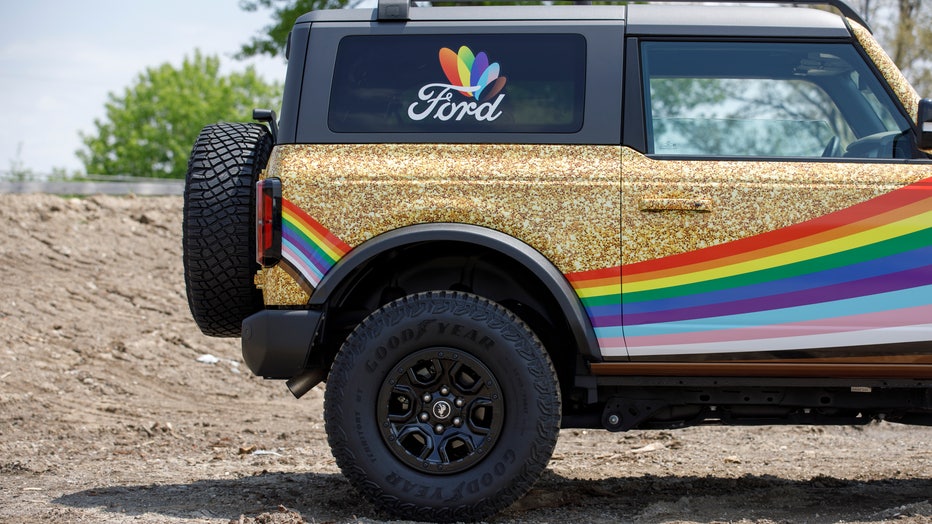 In the newest vehicle to get a makeover, the Ford Pride Bronco has rainbow streaks moving from the back to the front. Gold glitter cover the rest of the car.

The Bronco is among Ford's newest round of cars and trucks It's pushing out to consumers. A member of vehicles that carry the theme of throw-back, the company has been celebrating the classic SUV's return with several new models.

Fans of the vehicle will get to see it in action the weekend of June 11-12. 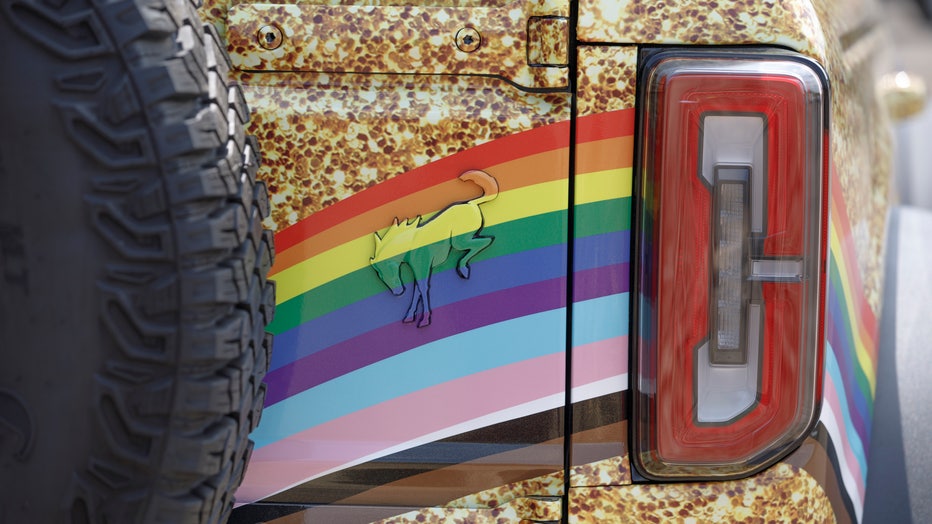