The Lake Orion Assembly Plant will remain shut down Thursday after the Oakland County Sheriff's Office said two men employed with a cleaning service contracted at the facility got into a fight around 1:37 a.m. The 48-year-old suspect is in custody.

LAKE ORION, Mich. (FOX 2) - An altercation at General Motors' auto manufacturing plant in Lake Orion closed down the facility after a 49-year-old man died during an assault.

The Lake Orion Assembly Plant will remain shut down Thursday after the Oakland County Sheriff's Office said two men employed with a cleaning service contracted at the facility got into a fight around 1:37 a.m.

Police later found the suspect at the loading dock area of the plant and arrested him. He was taken to the Oakland County Jail and a report is expected to be submitted to the prosecutor on Friday.

The sheriff's office said homicide charges were being considered.

Police were dispatched to the plant in Orion Township for a report of an injured person. When they arrived, they found the victim unconscious and attempted life-saving procedures.

The victim, whose family identified him as Greg Robertson, is a resident of Pontiac. A gofundme that was posted for his family asked for help to "give him a proper service."

Deputies later found the suspect not far from the victim's body. It's not clear where the individual is from. 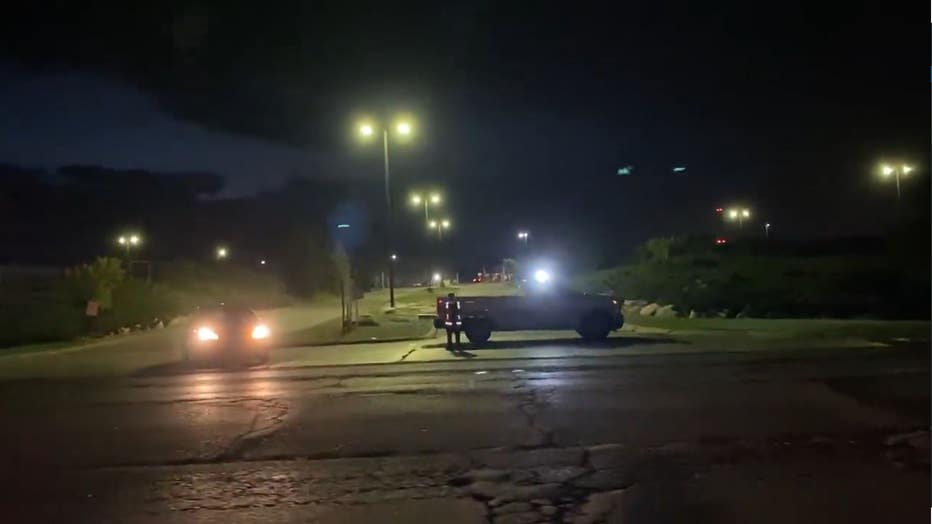 A truck blocking access to the Lake Orion assembly plant.

Police also recovered the item that was used in the slaying.

More than 1,200 people work at the facility, which builds the Chevrolet Bolt. According to GM, the facility only builds electric vehicles after a pivot in 2020.

On Twitter, Oakland County Sheriff Mike Bouchard said an "altercation" happened between coworkers and it "resulted in the death of one victim and we have the suspect in custody."

In an updated statement, GM said it was "working with the Oakland County Sheriff’s Department to investigate an altercation between two employees from a third-party service provider at Orion Assembly early Thursday morning.

"The incident resulted in the death of one of the individuals. Our thoughts and prayers go out to the victim’s family. In the meantime, GM has canceled Aug. 11 production at Orion Assembly. Additional details on the incident will be released by the Oakland County Sheriff’s Department."