A group of about 30 suspects stole 13 vehicles from a vehicle lot in Flint. They fired at an armed security guard before fleeing and heading to Metro Detroit, where some of the vehicles were found.

GENESSEE COUNTY, Mich. (FOX 2) - A group of about 30 people stormed a Genesee County dealership and stole 13 vehicles Monday morning before fleeing to the Metro Detroit area.

Gunfire was exchanged with a security guard before the suspects headed south in the stolen vehicles. The guard was not hurt.

"Fired shots at him, he exchanged gunfire with those suspects. They were able to get into vehicles and drove through the gate, damaging other vehicles on the way out and were able to get away," Flint Police Chief Terance Green said.

Flint police said they believe the group is based in Detroit, though they are still investigating and figuring out who the suspects are. Seven of the stolen vehicles were recovered in Oakland County and the Detroit area.

Green said other vehicle lots in Flint have been targeted by people from other areas, though this is the first time shots were fired.

"Not uncommon. We have groups that travel from other parts of the state just to victimize these lots," he said.

One of those stolen vehicles was a 2022 Ford Mustang that crashed on southbound I-75 near Joslyn in Auburn Hills. That driver, who hasn't been identified, died. 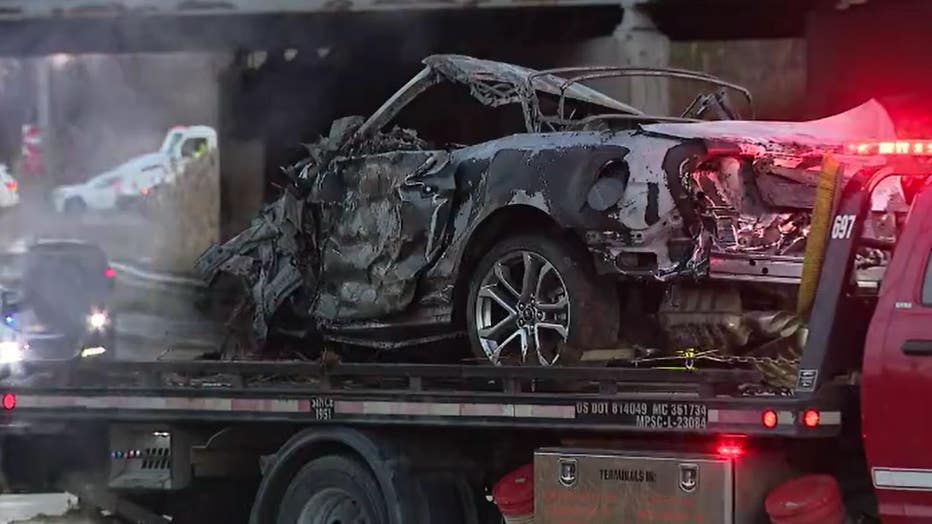 These crimes led to a shelter-in-place at Oakland University in Rochester Hills after the Oakland County Sheriff's Office believed two suspects in stolen Dodge Durangos may have been armed and on the campus. However, they fled and haven't been located.