Investigators say in at least two of those massacres, the gunmen purchased the firearms legally at a shop before using them — which US Congressional leaders say is a growing trend.

FOX 2 - Three times in the past two weeks deadly mass shootings have shaken America to its core: One at a grocery store in Buffalo, New York; then 10 days later at an elementary school in Uvalde, Texas, and Wednesday, a shooter killed four people at a Tulsa medical building.

Investigators say in at least two of those massacres, the gunmen purchased the firearms legally at a shop before using them — which US Congressional leaders say is a growing trend.

And it has elected leaders from Washington DC to Lansing, fired up.

"We cannot have one more child in this country wondering if it’s their last day in this state and in this country, as they go to school," said State Sen. Jeremy Moss (D-Southfield).

Recently, a New York Times report shared a letter from the House’s Committee on Oversight and Reform, which shows 12 gun dealers in 10 states have sold a significant number of firearms tied to crimes.

One of the dealers is from Michigan, but that specific dealer wasn’t named. But the committee says of the more than 1,600 gun traces in Michigan between 2014 and 2019, about 91 percent of them were used in a crime less than five years after purchase.

Bottom line — seven percent of guns sold per month, on average, are tied to crimes. It is the third-highest percentage of the 12 dealers listed.

"First and foremost, there’s a lot of discussion about new gun laws, but a lot of people don’t dig down in the weeds and listen to public safety on this count," said Oakland County Sheriff Mike Bouchard.

The sheriff says that locally, he hasn’t noticed an increase in legal gun purchases connected to gun crimes - but it’s a fight to keep illegal guns off the streets.

"Where we catch people illegally in possession of guns," Bouchard said. "We know they’ve been doing different crimes with guns, and we bring those, and work with the ATF and federal prosecutors, to bring federal charges sometimes - because they have a bigger hammer on some of the gun crimes."

FOX 2 reached out to the Detroit branch of the ATF — the Bureau of Alcohol, Tobacco, Firearms and Explosives.

In an email, the bureau said it didn’t feel comfortable answering questions regarding the congressional letter sent to the national ATF director, but did share that its gun tracing resources have helped recover more firearms in Michigan.

Nearly 7,000 in 2019 to more than 11,000 in 2020. The ATFsays its tracing data ultimately helps investigators bring more criminals to justice in gun-related crimes. 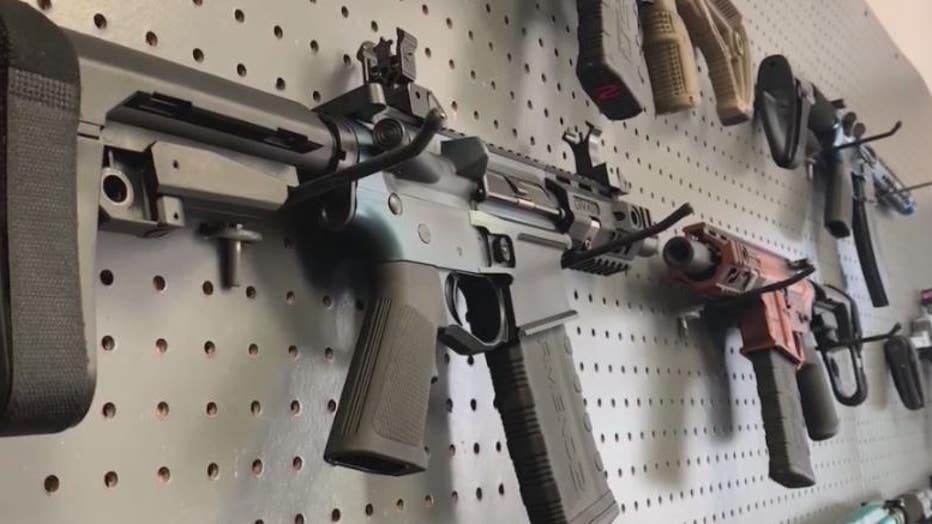