The man in white handcuffed by Detroit police is Ramzu Yunus. He swindles folks into thinking they can get free homes – even compares himself to Jesus. He does not take money, but does take personal information.

DETROIT - The suspect that barricaded himself inside a Detroit home after firing shots at someone and prompting a police standoff for two hours Wednesday night is the same man that residents accused of handing out phony deeds to city homes.

FOX 2 has confirmed the suspected gunman taken into custody is Ramzu Yunus, a perpetual hoaxster who has orchestrated scams in the area for years.

Police are seeking charges of assault with intent to murder after he shot at someone trying to evict him from the home he was staying in. 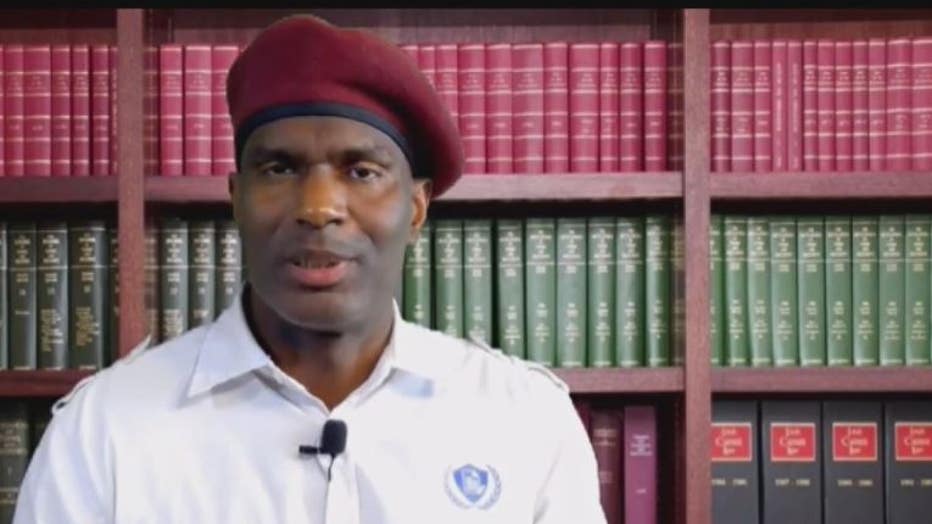 Yesterday Detroit police responded to an alleged gunman on the city's west side after reports of shots being fired around 5:30 p.m. The gunman surrendered peacefully two hours later when he walked out of the house.

Law enforcement originally responded to the incident after a tenant of a home shot at a private security employee that had come to evict him. That led to the tenant barricading himself inside the home.

The incident happened in the 15000 block of Forrer Street, near Fenkel and Greenfield.

According to the preliminary investigation, the suspect was a tenant of the home and when private security came to evict him, shots were fired - leading to that tenant barricading himself in the home.

Yunus has a checkered history of keeping promises after a 2016 incident that included bogus fliers that advertised free homes in Highland Park. It eventually led to a rally that police broke up and made arrests.

Then last week, he was reportedly back at it, handing out fake deeds to homes in Detroit, along with promising "$100,000 grant money for everyone." The false guarantees created a headache for the Detroit Land Bank and frustrations for unsuspecting residents who think they just scored a free home.

It's unclear what relationship that Yunus has with the house. A records review of the home's owner found it was registered to a lawyer.