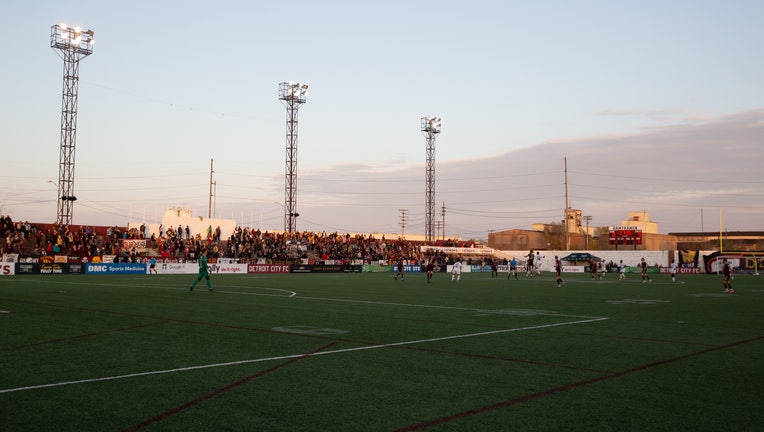 It's an unassuming spot for a professional soccer team to play, but it's a location seeped in history.

How old is Keyworth Stadium?

Former President Franklin Delano Roosevelt launched the program, later named the Work Projects Administration, during the Great Depression in 1935 to help get Americans back to work.

Keyworth was the first Michigan project, and Roosevelt was there when the stadium opened in 1936.

Then-Senator John F. Kennedy also spoke at Keyworth during his campaign for presidency in 1960. He spoke of progress in what he called "strongest Democratic city in the United States."

Numerous events and sports matches have been held at the stadium throughout the decades.

A brief history of Hamtramck

The city, which is situated inside Detroit, is named after Col. Jean François Hamtramck. In 1798, the area was called Hamtramck Township.

Col. Hamtramck served in the U.S. Army during the Revolutionary War, and he commanded Detroit's Fort Shelby.

At first, the area was largely populated by French people who came from Quebec.

In the early 1900s it became a village, and was a German farming community. In 1914, Polish people began moving to Hamtramck to work at the Dodge Brothers auto plant.

According to Census data, just over 40% of Hamtramck's population is foreign born, compared to just under 7% of Michigan's population.

Just over 71% of Hamtramck residents speak a language other than English at home.

The field, which is also called Historic Hamtramck Stadium, is one of only a few former Negro League ballparks still standing.

A piece of history in Hamtramck is getting some big renovations. The project at Turkey Stearns Stadium Field kicked off Tuesday at the 90-year-old stadium, once home to the Negro League's Detroit Stars.

Since it opened more than 85 years ago, Hamtramck Public Schools has owned the stadium. This is still true, but an agreement with Detroit City FC allows the team to play there.

Detroit City FC played its first few seasons at Cass Tech High School after the team was founded in 2012.

In September 2015, the team presented a plan to the Hamtramck School Board. Under the proposal, the team would fund renovations at the stadium if the district allowed the team to play there. The stadium's age was showing, and renovations were necessary to keep Keyworth usable.

The school board approved the proposal later that month.

"Hamtramck Public Schools is confident that the Keyworth Stadium renovations will enhance the quality of life in our city. The renovated stadium will provide a generous amount of access for HPS athletic programming and community recreation activities in a first class facility," said then-superintendent Thomas Niczay when the proposal was approved.

How Keyworth has changed

That money was used to repair bleachers, make structural improvements to the grandstands, and improve bathrooms, lighting, and locker rooms.

The team has also installed shipping container suites, bringing the stadium's capacity to just under 8,000.

Shipping container concession stands were also installed, allowing a permanent place for local drink vendors in addition to food trucks that park at Keyworth during games.

MORE: What to know about the 2022 Detroit City FC season

Additionally, the field is now turf. 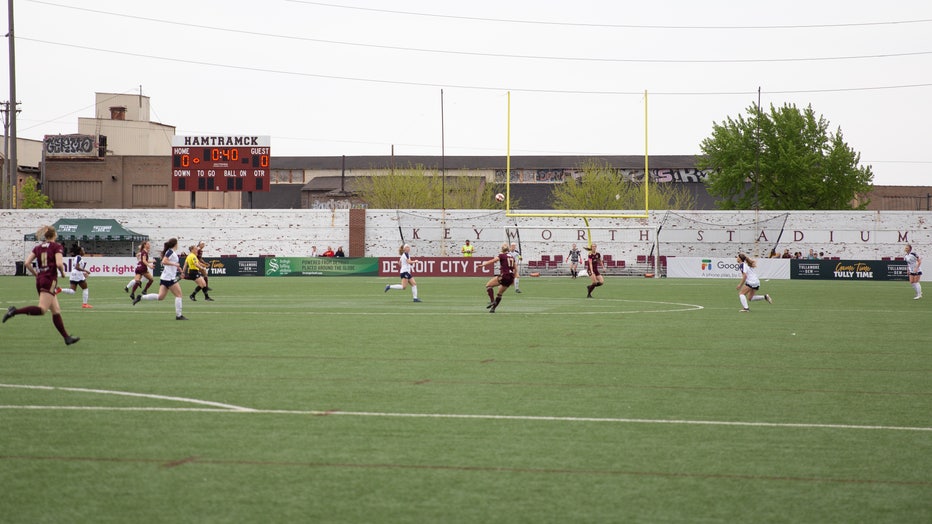 DCFC's impact on the community

Many DCFC supporters spend their time outside of games helping improve Hamtramck and Detroit.

This includes neighborhood cleanups, holiday gift drives, distribution of essentials to people in need, and more.

The team also has a program, "Let's Make Roots," that distributes game tickets to people in the community. These tickets are donated by fans, and to date, more than 1,760 tickets have been given out.