Detroit Police Commander Michael McGinnis provides an update on the shooting death of Jacob Hills, the 18-year-old from Grand Blanc who was found murdered in a basement earlier this week.

DETROIT (FOX 2) - The Detroit Police Department gave a brief Wednesday afternoon about the circumstances that led to the shooting death of 18-year-old Jacob Hills earlier this week but said, while they are speaking with one person, they do not have any suspects in custody.

Hills was found shot to death in the basement of a Detroit apartment complex's garage early Monday morning, just a few hours after he was reported missing.

Detroit Police Commander Michael McGinnis said they don't have a suspect in custody but have ‘made contact’ with one person and are still searching for another in connection to Hills' death.

McGinnis also addressed speculation that Hills may have been tricked into coming into the city and said they don't believe that is true.

"We do not believe he was lured into the city. He willingly came into the city," McGinnis said. "After he was in the city, he encountered someone that decided to take his life."

During the Wednesday update, McGinnis said Hills had recently bought a gun in Oakland County but did not specify where. Detroit Police sources confirm ammunition for the weapon was purchased at Acme Gun, the same gun where James Crumbley purchased the 9mm that police say was used in the Oxford High School shooting in November 2021.

Hills had been shot multiple times and there were shell casings found near his body.

The next day, police confirmed that the body found was Hills but could not offer any further information about the case.

According to McGinnis, his family was concerned after not hearing from him and tracked his phone to Dearborn Heights. The family said his car was found abandoned near the intersection of Telegraph and Ford in Dearborn Heights.

Police in Dearborn Heights were contacted and a missing persons report was filed. Shortly after, McGinnis said Hills' father received an anonymous call that said his son was in a basement on Warren in Detroit.

Police responded to the address and found Hills shot multiple times in the basement of an apartment complex. However, McGinnis would not comment if Hills was killed in the basement or if he was dumped there after being murdered elsewhere.

McGinnis, at this point, they are not sure about the circumstances that led to his murder.

"Without hindering the investigation, we know that the victim was interested in purchasing a firearm. Whether that was in the area he lived or in this area - don't want to get into that level of detail at this time," he said. "I know for certain he was here for a party. What occurred from that point until where we are now, these are the answers we need to get for the family." 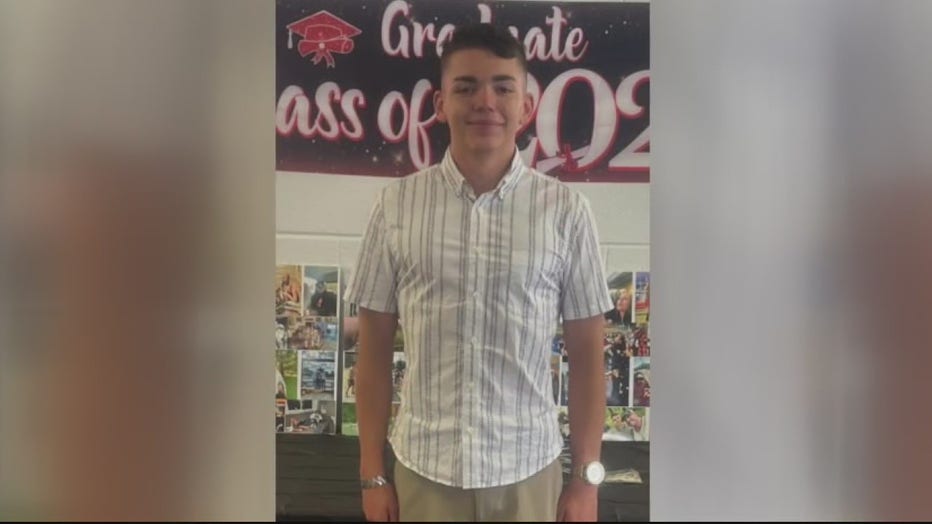