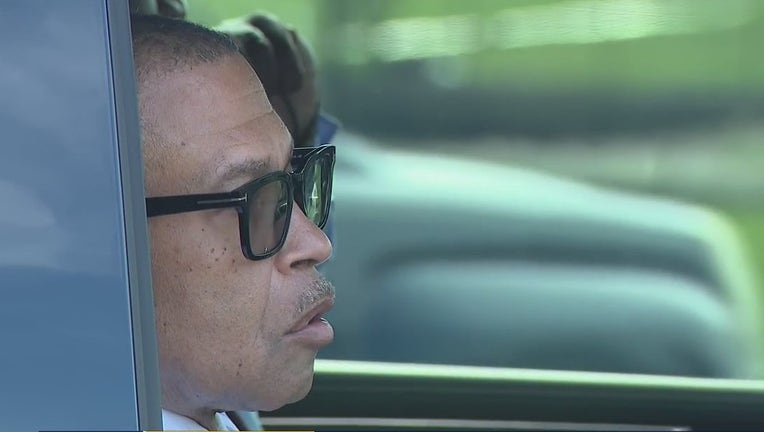 An initial plan had placed the former police chief on Belle Isle with a backdrop of the Detroit River. But ahead of his announcement, dozens of protesters walked onto the scene and behind the podium.

Craig's second campaign launch site was on top of a former General Motors building known as The Icon.

The former police chief criticized the governor for focusing on "political science" and made a remark about Michigan's deteriorating roads. He also cited the state's nursing home deaths, arguing they happened due to a failed response during the pandemic.

Even with little uncertainty about his political ambitions in 2021, Craig has spent his retirement from the Detroit police department primarily behind the scenes, apart from the occasional speech and TV interview.

But with a formal announcement scheduled for Tuesday at 10 a.m., the former police chief will be taking a more active role in the race for governor. Craig, who has been laying the groundwork in the months since his departure from law enforcement, is considered an early front runner in a crowded field of Republican candidates vying for the gubernatorial seat.

In an interview with FOX 2 Monday, Craig allowed a bit more sunshine onto his views, which includes opposition to mask orders in schools, vaccine mandates in states, and the rhetoric surrounding law enforcement that grew out of the protests in cities in 2020.

In addition to not-so-subtle critiques of Gov. Gretchen Whitmer, Craig also said he welcomed an endorsement from Donald Trump.

Among the topics Craig has been most pressed on is his opinion of the 2020 election. Conspiracy theories continue to swirl around its result as the former president has continued to push the false narrative it was stolen.

When pressed for his take on the election, Craig cited voter integrity as being "critically important" but demurred on whether he believed the election was stolen.

"Like I said, if there's an investigation that says ‘yes,' I have not seen that," Craig said.

Craig will join a slew of other conservative candidates that have been raising money for months.