State Rep. Jewell Jones' case will head to trial after judge shuts down efforts for dismissal

Judge Hatty denied their motions to dismiss the case, and to suppress the blood alcohol level evidence. Defense attorney Byron Nolen wanted the gun charge thrown out as well.

He wasn't allowed to bring her inside - and his arguments didn't get very far here either.

"From all the totality of the circumstances, the detention of the defendant is permissible, it is lawful," said Judge Michael Hatty.

Judge Hatty denied their motions to dismiss the case, and to suppress the blood alcohol level evidence. Defense attorney Byron Nolen wanted the gun charge thrown out as well.

He claims troopers had no reason to believe Jones was driving on April 6 when paramedics were called to an accident on I-96.

"They arrested my client for nothing and then charged him with resisting arrest," said Nolen. "There is no information my client was driving at the time he was arrested.

"They are saying they had a right to detain him, my client was arrested - he was not detained, he was handcuffed, maced, tazed, and taken to jail charged with crimes - serious crimes."

But prosecutors called the troopers and the paramedic to the stand.

They testified there were multiple 911 calls about a possibly impaired driver - and that paramedics called police for help once on scene, because Jones was interfering while they cared for his female passenger - who was unconscious and not wearing pants when paramedics arrived.

Troopers testified they smelled alcohol on Jones who wanted to get in the ambulance, then insisted on driving to the hospital. They testified he flashed his badge, but wouldn't give them his driver's license or any information.

Nolen: "What were you arresting him for?"

The case will head to trial. Earlier in the week, Jones' attorney told FOX 2 they rejected a plea deal from prosecutors and would take their chances in court.

Jones, who represents Inkster, says he is just happy to be back to work and he is still optimistic about his case.

"Disappointed with what happened today but still optimistic about moving forward," he said. "At the end of the day I am happy to be back out, and be back working for my constituents, being around my loved ones. We've just got to keep moving forward."

Jones says he is back at work - he's also under supervision, has a 9 p.m. curfew and is in therapy for substance abuse while out on bond.

He says he doesn't regret passing on the plea deal.

"Not at all - a lot of times you get overcharged, and somebody offers you a deal and they try to make it appear as being great," he said. "I am not sure what the reasoning for that was for. I am still optimistic, moving forward, we have to let God do that, it is right in his sight."

The next court date is next Friday in Howell. 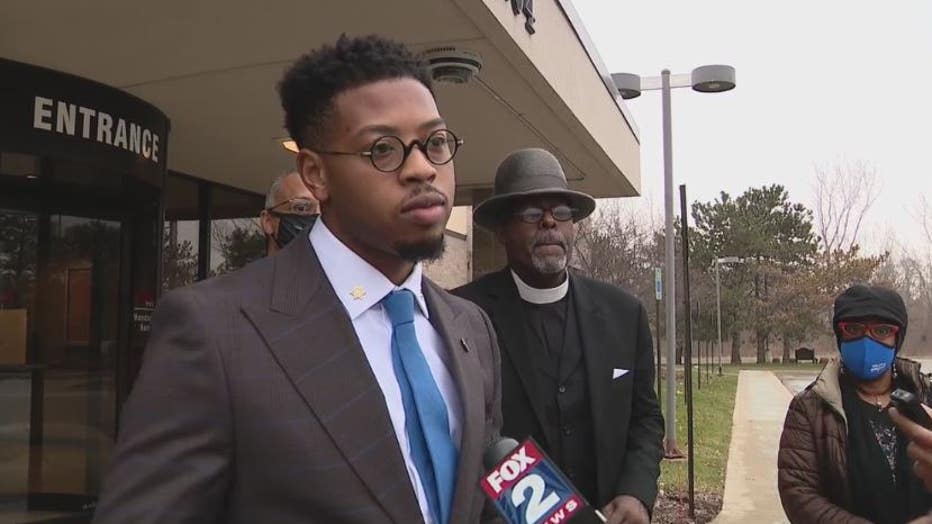