A rally for justice was held beginning at Lyndon and Snowden streets Friday following the shooting death of Porter Burks who suffered from mental illness. The march went to the front of the Detroit Police Department’s Schaefer Station.

DETROIT (FOX 2) - A rally for justice was held beginning at Lyndon and Snowden streets Friday following the shooting death of Porter Burks who suffered from mental illness, after police say he came at them with a large knife. The march went to the front of the Detroit Police Department’s Schaefer Station.

The family and friends took to the streets after the 20-year-old was reportedly shot at 38 times by five officers and killing him, while responding to a mental health crisis.  Police body camera video released publicly shows him approaching police with a knife.

"Police brutality must be stopped, fire and jail those killer cops." the crowd chanted.

"We want to know the names of these cops," said one of the protesters. "We want those released publicly. We want them to be charged with murder."

Detroit Police Chief James White said this week officers were trying to resolve the situation peacefully, working with only five seconds to "stop the threat" after they say Burks made a move.

"My little brother, he was good," said Damondo Anderson, the victim's brother. "He just was going through schizophrenic, you know? He had a little problem. But you don’t treat (somebody) like that - like they're a criminal, or monster or something. 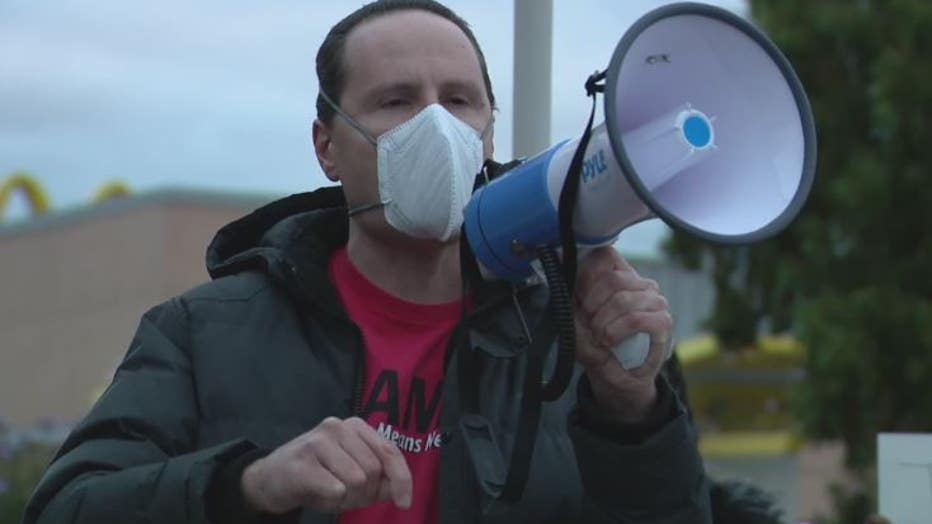 "We did everything. We didn’t even want him in a treatment hospital because we loved him so much you know. So, we wanted him with us and at home."

White said his officers acted in self-defense at a press conference earlier this week.

"The officers were trying to negotiate with him and without provocation, he charged the officer with the knife in hand.

The family hired attorney Geoffrey Fieger, disputing the details of the incident from law enforcement.

"I have more questions than I have answers," Fieger said, earlier this week,

One of the family's issues is the distance between Burks and police when the incident happened and questions over the knife itself.

The family talked more about that Friday.

"Prior to the incident, two weeks ago my little brother he was jumped on Fenkell and Linwood, two guys jumped on him," Anderson said. "So when he had that pocket knife it was for his protection. Not because he was out here harming people, or doing anything to people."

Video shows Detroit Police trying to talk Porter Burks into dropping knife before shooting, killing him as he ran at them

Porter Burks, 20, was shot and killed by Detroit Police on Sunday, Oct. 1. On Tuesday, chief James White released bodycam video of the encounter as they tried to convince him to put a knife down. When he ran at officers, he said they had no choice but to shoot him.

Detroit Police responded to the family and Feiger with this statement saying in part:

"The body cam videos of the incident show the efforts our officers made to de-escalate the situation with Mr. Burks. DPD is proud of the many times we have achieved safe outcomes with armed and mentally ill individuals by relying on trained interaction and a great deal of patience."

FOX 2 asked the family what they believe change looks like.

"If it’s anybody with mental health going through crisis, they need better training to apprehend them instead of just using guns, " Anderson said. "They could have used a Taser."

Fieger says he plans to file that lawsuit on behalf of the family, suing the police officers. 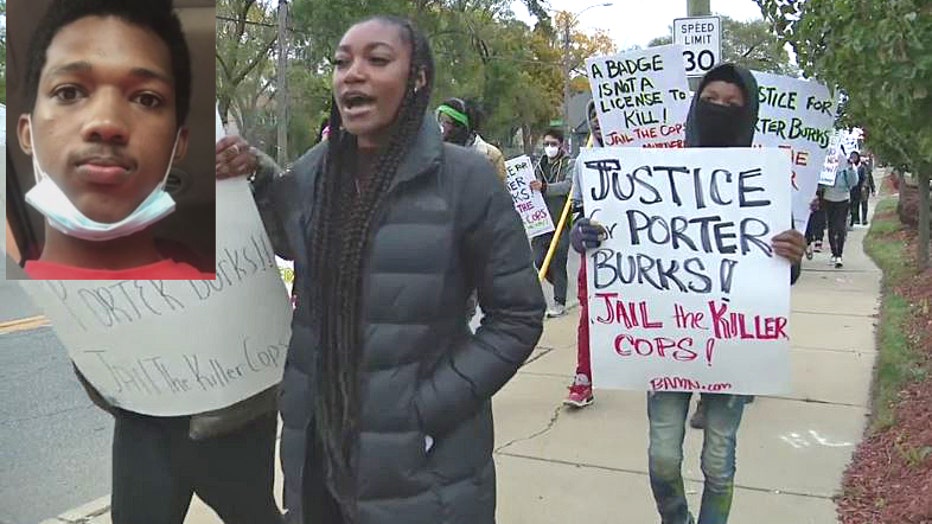