An 18-year-old woman has spent this week unconscious yet fighting for her life after she was run over in the parking lot of a Detroit school on Monday.

DETROIT (FOX 2) - Detroit Police are investigating after a woman was found brutally attacked in the parking lot of a school on the city's east side and authorities said she was run over multiple times.

The woman has not been identified by police, who say she is in very critical condition. According to DPD Captain Kimberly Blackwell, the woman was run over multiple times.

The woman was laying on frigid cement outside of Fisher Magnet Upper Academy in Detroit early Monday morning. She laid there for hours, unconscious, until a man found the 18-year-old and called 911.

"Her chances of survival have been very slim. She is definitely a fighter though. She’s been in the hospital since Monday and she’s fighting for her life," Blackwell said.

Authorities said the attack happened before school and the woman is not a student there. Why she was run over and left for dead is unclear but Blackwell said whoever did it was trying to kill her.

"The purpose is pretty obvious they were trying to take this young lady’s life," Blackwell said

There are cameras at the school, which is a Project Green Light location, the video isn't great, but you can see her being run over multiple times.

"For someone to survive this long, after this brutal attack is amazing," Blackwell said

The woman is still unconscious and police are hoping someone knows something and makes a call.

"This could be my daughter, this could be someone's sister. And she’s got family out there and we would like some answers," Blackwell said. 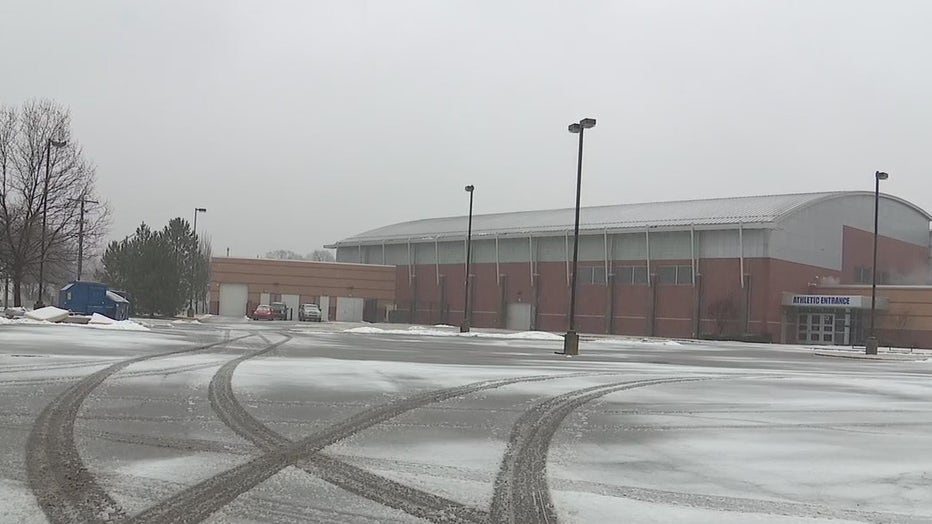