Residents affected by power outages can apply for credit

Under rules employed by the Michigan Public Service Commission, if someone has lost power for more than 16 hours they are eligible for a $25 credit to recoup losses. Here are other eligibility requirements.

(FOX 2) - Under rules defined by Michigan utility regulators, those who have lost power for extended periods of time are eligible for reimbursement from their power companies.

That may include some of the hundreds of thousands of households that lost power in Southeast Michigan after severe weather Monday night tore through the region. DTE had 1,800 crews out Monday morning restoring power to 265,000 customers Tuesday morning.

Outages remain a sticking issue for many residents that routinely experience loss of power after heavy storms in Michigan.

DTE held a press conference at 2:30 p.m. to provide more information on the outage which they said was due to trees on private property.

DTE President says power to be restored for most by Thursday

DTE is working to restore power to more than 260,000 people after Monday's severe weather. But the company president says their first step is to make sure the public is safe around power lines.

According to the Michigan Public Service Commission, residents are eligible for a $25 credit under three conditions:

The credit requests are approved after an investigation by DTE, the utility said on its website. 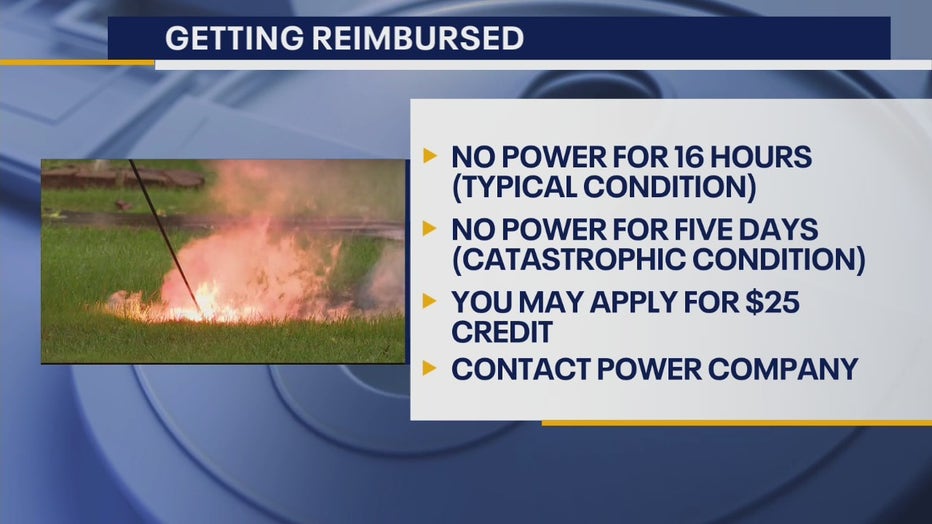 According to the utility's outage map, at least 11% of the company's customers had lost power by Tuesday morning.