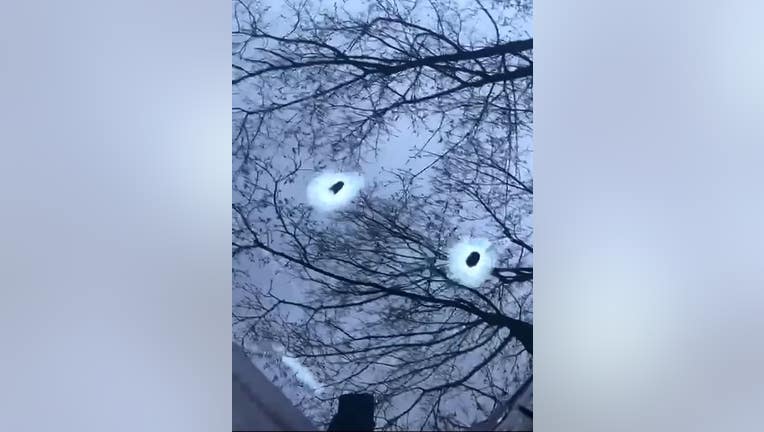 Dearborn Heights Police shot at a man early Monday morning as he drove towards an officer. A family member shared video with FOX 2 of gunshots through the windshield.

DEARBORN HEIGHTS, Mich. (FOX 2) - The Dearborn Heights Police Department said an officer shot a man as he was driving his car towards an officer early Monday morning.

According to a press release from Dearborn Heights, an officer on patrol in Evangeline Street, just south of Joy Road spotted a car wanted in separate fleeing and eluding in Dearborn Heights and Centerline.

The officers who responded to the car initially didn't know anyone was inside the vehicle due to the level of window tint. As officers were talking to a family member, they noticed movement inside the car and the engine started.

The officers said the driver revved the engine and drove towards one officer, who fired two shots into the vehicle. The driver then fled to a relative's home in Detroit and was arrested by Dearborn Heights Police.

The suspect was only identified as a 27-year-old Dearborn Heights resident. Police said he had a grazing gunshot wound but refused medical treatment.