DETROIT (FOX 2) - A 22-year-old man wanted for blocking traffic while dangerously turning donuts on I-94 in Detroit may be connected to a car club that posts about similar events on social media.

"We told you we would find you and identify you. We've talked to your mom - she's very upset about your actions," said Chief James Craig, issuing a warning for the man.

The Camaro's license plate has a vulgar message for the Detroit Police Department, as well as TSNLS. It appears to be a car club and on Facebook, users post times and places for meet ups.

Around 8:10 p.m. Sunday, Dec. 22., police say 22-year-old Devin Cronk may have been the one driving a red Camaro, doing donuts in the middle of I-94 in Detroit with other vehicles blocking traffic. The incident, which may have taken between 10-15, backed up traffic, causing a stir on social media after a video surfaced and went viral.

"When you decide to take over a freeway anywhere, you pose a significant danger to our community," Craig said.

The Camaro's license plate has a vulgar message for the Detroit Police Department, as well as "#TSNLS". It appears to be a car club and on Facebook, users post times and places to meet up. The most recent post says, "I hope they ready we ending the year with a bang."

"Many of these people doing these stunts, these 360 sideshows, cannot drive. That is a fact," Craig said.

Another video surfaced this week of the same type of driving at Grand River and Livernois. It's unclear if they are affiliated with the TSNLS group.

No one was hurt in that incident nor in the one on I-94, but someone was critically injured in November, allegedly because of so-called stunt driver Tommie Mahone. He was arrested and charged for that crime after police noticed he was one of the drivers blocking traffic for the I-94 incident.

"There is a young man fighting for his life right now because of this stunt," Craig said.

The chief eventually wants to work with these amateurs  -- a plan he says includes reaching out to the Big Three.

"There has got to be something that we can do in a private/public way, where young people who want to do sideshows and 360s, that they are properly trained in a very safe environment and lives are not in danger," he said. 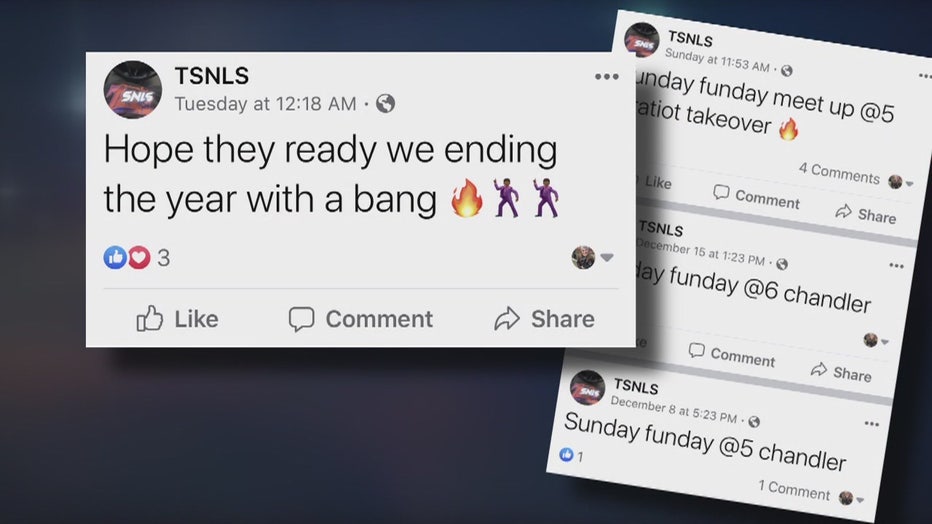 Wanted for turning donuts on I-94 in Detroit, police say a 22-year-old suspect may be connected to a social media group.

But first they need to get Devin Cronk. His orange Camaro wanted across the state.