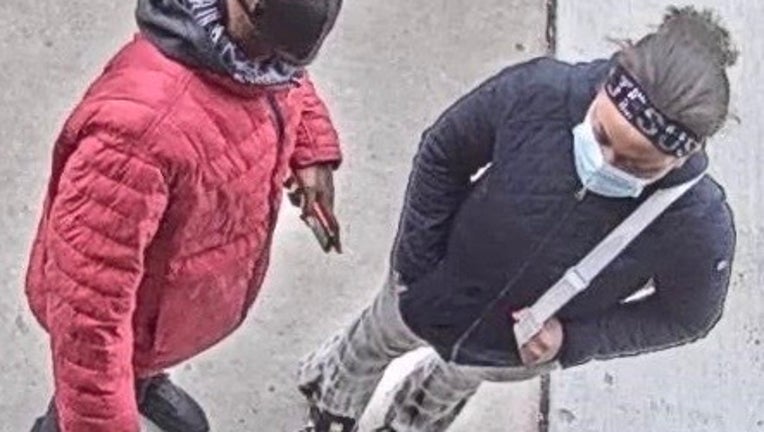 Detroit Police are searching for a man and a woman, wearing a 'Jesus' headband, for an unarmed robbery and assault.

DETROIT (FOX 2) - A woman wearing a 'Jesus' headband is one of two people wanted for an assault and unarmed robbery at a Detroit store last week.

The Detroit Police Department said it was looking for the man and woman for the unarmed robbery on the city's west side on Tuesday, Dec. 29.

According to police, the two walked into a store on Michigan Ave near Livernois around 1 p.m. to exchange a laptop. The swap was unsuccessful and police said the man then asked to see a new laptop instead.

The 47-year-old employee showed him a laptop and then put the laptop behind the counter. Police said the suspect then took the new laptop and started walking away with it before the employee tried to stop him and get the computer back.

However, at that point, the woman tried to hit the victim with her own laptop and then left the scene with the man.

The male suspect is described as a Black man, standing about 6 feet tall, weighing 150 to 170 lbs. He has dark hair braided to the back and a lazy eye, police said. He was wearing a red coat with a dark-colored hood underneath, dark-colored pants, black shoes, and a black facemask.

The woman stands about 5'1" to 5'5", weighing 130 to 150 lbs, with brown shoulder-length hair, pulled back in a ponytail. She was wearing a headband with the words "JESUS" across the top, a navy blue jacket and black & white Adidas shoes, and wearing a light blue & white medical face mask. 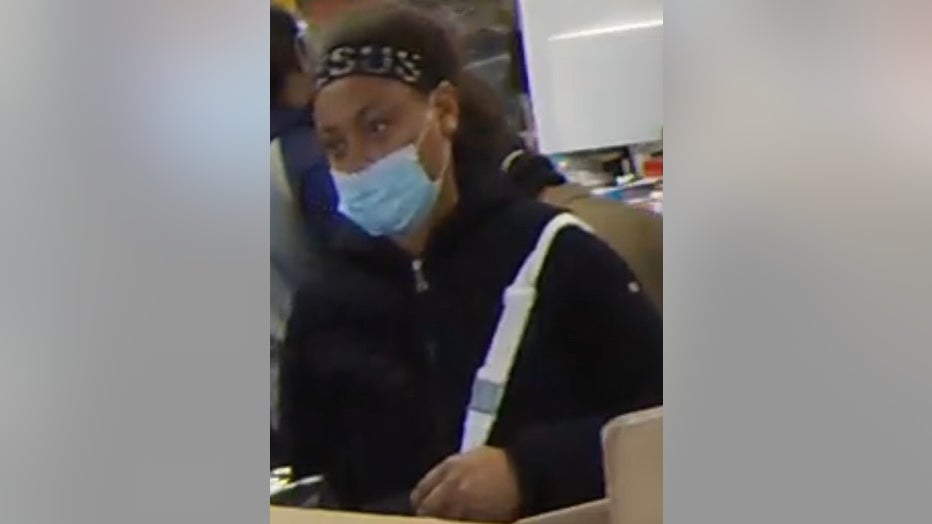 Detroit Police are searching for this woman, wearing a 'Jesus' headband, for an unarmed robbery and assault.

Police are asking anyone with information to contact the Detroit Police Department at 313-596-5440 or CRIMESTOPPERS at 1-800-SPEAK UP.