A 38-year-old was working in his garage when police were called to his home off Eight Mile and Gratiot Saturday afternoon. The blast shook the neighborhood and left the home with visible damage.

WARREN, Mich. (FOX 2) - An investigation into a blast that injured a Warren man inside his garage over the weekend has widened into a criminal probe after police uncovered guns, ammo, and evidence of the construction of bombs inside the home.

The man who was injured, identified as Michael Liburdi, suffered burns to more than half his body and lost his hand in the blast.

If he survives, Warren Police Commissioner Bill Dwyer said he faces months of care in a hospital bed - as well as felony charges.

The 38-year-old was working in his garage when police were called to his home off Eight Mile and Gratiot Saturday afternoon. The blast shook the neighborhood and left the home with visible damage.

"We just heard a loud boom, we didn't know what it was," said Catherine Dubose.

"(He) came out with one finger full of blood - came out talking about 'where is my dog'" said another neighbor.

Nearby residents say the dog made it - but Liburdi lost a hand and now has several second and third-degree burns on a majority of his body.

According to Dwyer, the investigation has uncovered several alarming pieces of evidence that indicates he may have had something more sinister planned.

"What I think is alarming is you have a combination of explosive devices, he had a whole arsenal of weapons, he had 4,000 rounds of ammunition," he said.

Even more evidence was found in the home, but Dwyer said he wouldn't explain exactly what was found. 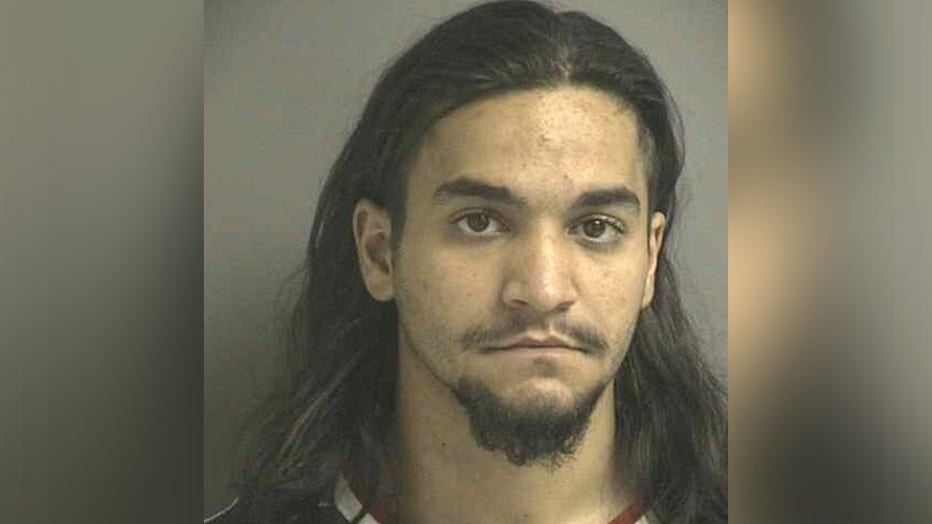 Michael Liburdi, 38, was injured in a blast at his Warren home. Police are now investigating what he was doing in the lead up to the explosion.

Liburdi had been on a federal watch list when the blast went off, Dwyer said. The commissioner also said Liburdi may be part of a domestic terrorism probe, however he said that couldn't be proven at this time.

"All indications are that the explosives were dangerous, to be used for criminal activity. We're very fortunate there were no other injuries," he said.

The commissioner theorized Liburdi may have been in the "midst of fortifying his home."

Dwyer went as far to say the explosion may have "prevented something worse," calling it a "lucky break."

Police executed a second search warrant at the individual's home Monday. Once an investigation is complete, charging documents will be sent to the Macomb County Prosecutors Office.