FOX 2 - Michigan Attorney General Dana Nessel on Monday declined Republicans' request to investigate whether nursing home orders issued by Gov. Gretchen Whitmer led to COVID-19 deaths or if related data is inaccurate, citing a lack of evidence that any law was violated. 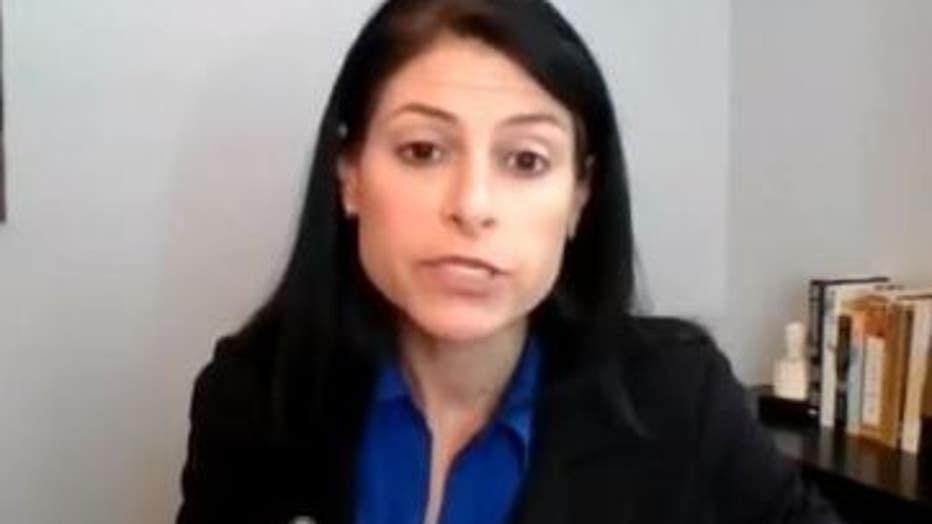 "But the situation here is completely different," Nessel, a Democrat, wrote to Sen. Jim Runestad, who had asked for an investigation along with seven other GOP senators. "I am aware that Gov. Whitmer's office complied with the (Department of Justice) information request and have no reason to doubt the accuracy of that response -- much less suspect intentional misrepresentations within that response."

Republicans have faulted the Democratic governor for letting recovering COVID-19 patients be admitted or readmitted to nursing homes from hospitals or other nursing homes, potentially putting other residents at risk.

Former Republican Senator Pete Lucido told a state oversight committee Governor Gretchen Whitmer vetoed his bill that would have sent COVID-19 patients to Detroit's TCF Center and two other facilities set up for Covid care instead of nursing homes. He wants answers.

"Why were these hubs set up and never used, that has never been answered," Lucido said. "We could have circumvented the death of nursing home patients and for their loved ones," he said to FOX 2.

The Whitmer administration has said her orders, which -- among other things -- required the creation of dedicated coronavirus units within certain nursing homes and established regional "hub" homes with COVID-19 wings, followed federal guidance.

Nessel said suggesting that public health policy decisions by themselves should be investigated because different approaches could have resulted in fewer deaths is "inappropriate" and violates ethical guidelines.

Runestad accused the attorney general of abdicating her responsibility and said legislative committees had been unable to get data from the state.

"Families who lost loved ones to COVID-19 in nursing homes deserve to get answers. And just like the Whitmer administration, today the office of the Democratic attorney general let those families down," he said in a statement.

LeDuff was on Let It Rip last week saying that he was not accusing Whitmer and the state of hiding data, but said, "they are making it hard to believe in them right about now."

"We need an absolute look into the nursing home response," LeDuff said. "We know she cribbed everything that Michigan did after Gov. Cuomo. I am calling her out, I am suing (her.) I want the real data.

"I want to know in December, and January, and February, all those vital numbers you were looking at, did they come from nursing homes, were they old people, are you cooking the books?"

Whitmer, like Cuomo and some other governors in initial coronavirus hot spots where there were concerns about hospitals being overrun, ordered last spring that nursing homes not prohibit the admission or readmission of a resident based on COVID-19 testing results. Her administration has told the Justice Department and legislators, however, that the policy never went into effect because the health department did not issue related guidance due to nursing homes' concerns.

Nessel said she appreciated that legislators have policy disagreements with Whitmer's response to the virus outbreak.

"Though I will not hesitate to act when justified, I also will not abuse the investigatory powers of this department to launch a political attack on any state official, regardless of party or beliefs," she wrote.

That statement prompted criticism on social media from Republicans who contend her office's prosecution of Republican former Gov. Rick Snyder and other ex-officials for Flint's water crisis is politically motivated.

In New York, state Attorney General Letitia James has been investigating nursing homes based on neglect allegations and noncompliance with infection-control protocols. She released a January report charging that the death toll reported by the administration of Cuomo, a fellow Democrat, could be off by about 50% because it was one of the only states to count just those who died on facility grounds, not those who later died in the hospital.