House Speaker Lee Chatfield and Senate Majority Leader Mike Shirkey were summoned to the White House by the president on Thursday. It's not clear what the three plan to discuss, but the timing of the impromptu meeting likely means the election in Michigan will be a topic.

The voting day may be over, but election processes have rolled along their bumpiest trajectory in recent memory. The absentee ballot counting in the TCF Center has been the site of misinformation alleging electoral fraud on a systematic scale. Republicans on the canvassing board in Wayne County initially refused to certify the votes, then reversed the decision. One of the members received a call from Trump later that evening before she and her GOP colleague signed affidavits that they wanted to rescind their vote.

Because the certification vote is final, the decision won't have any bearing in the immediate future. The state canvassing board still has to conduct a review of the same votes before voting to certify them on Monday, Nov. 23.

At least one of the two GOP leaders scheduled to meet with President Donald Trump was spotted at the Detroit airport Friday morning. Senate Majority Leader Mike Shirkey was met with more than two dozen activists while he waited in line.

The state legislature has little control over this process, but if it becomes delayed, electorally dubious actions could be put in motion regarding the assigning of state electoral voters. If a voter certification process stalls and isn't finalized, the legislature could potentially step in to resolve the contested election by selecting the presidential electors itself.

As reported by Bridge Magazine Thursday night, at least one Republican committee has drafted a resolution that would urge the state legislature to appoint electors supportive of electing Trump.

While both Chatfield and Shirkey have publicly denied any plans to subvert the popular vote, the meeting with Trump presents a unique situation.

Shirkey was spotted at the Detroit Wayne airport Friday morning where he was met with activists holding signs that read "Respect the Vote."

Democrat Joe Biden leads Trump by more than 154,000 votes, unofficial results show. Reversing that deficit would require throwing out hundreds of thousands of ballots, something that several lawsuits from the Trump campaign have attempted to do with no success.

However, the repeated litigation has continued to cite unfounded claims of voter fraud, which has spiraled from misinformation that's run rampant online.

A holiday famous for bringing family together is now a public health hazard for Michigan disease experts, worried about increased transmission during Thanksgiving.

With signs increasingly pointing to small and medium-sized gatherings as a primary source of exposure as COVID-19's surge enters its worst phase since the start of the pandemic, governmental leaders spent Thursday begging residents to stay home for the holiday.

In her last scheduled press conference before Thanksgiving, Whitmer warned about the dangers of moving around the state over the next few weeks. While the state has imposed its most restrictive measures to date, officials are privy to the whims of people.

Gov. Gretchen Whitmer is hoping the state legislature will extend unemployment benefits bast Dec. 31 as small businesses feel the pain of the three-week pause the state has imposed.

It's part of the reason why people are still allowed to visit one other household for the holidays.

However, the dangerous trend of the virus already impacting the state is worsening. Currently, Michigan's hospitals are at 79% capacity and carry the fourth-highest number of patients in the country.

A gathering day like Thanksgiving could magnify those numbers.

Also of concern is the shopping day bonanza that takes place the day after. The same rules apply on that day as they have for the past several months. Wear a mask. social distance, wash your hands.

But it also offers residents a chance to give back to local businesses that have struggled through the pandemic. That might mean doing early Christmas shopping or ordering *a lot* of takeout over the next few weeks.

Among the events most in question during the pandemic is one of Detroit's biggest.

As it would have been in past years, a production the size of America's Thanksgiving Parade would exceed the limits of state restrictions on gathering.

So how might the parade be rolled out for Thanksgiving Day? The president and the CEO of the Parade Company said the event would be "different and meaningful."

“America’s Thanksgiving Parade presented by Gardner-White is, and always has been, planned as a virtual, televised-only production. With our partner WDIV Local 4 we will deliver a beautiful broadcast to everyone in Detroit and across the country. The broadcast will be a different and meaningful show with no public access. The format continues to evolve in this unprecedented time," read a statement from Tony Michaels. "This tradition is part of our lives and the broadcast will reach millions in the safety of their home.”

COVID-19's effects could be exasperated in Ann Arbor, whose businesses must contend with new lockdown protocols as well as a dwindling college campus.

While the city relies on a healthy stream of tourism and property taxes from residents, it's also a college town that relies on the patronage of students.

But those kids are going home and new rules just closed indoor service to restaurants and bars - a double whammy for lost revenue.

“I think most business owners are probably little bit worried about students being gone we’re worried," Cady Asbury, manager of Verbene said. "But I think a lot of us are trying to adapt and go online and finding new ways to bring in customers.”

Like many businesses dealing with pandemic restrictions, the bottom line has suffered.

At the Michigan Creamery, they're deploying new tactics as a workaround for the restrictions.

“With the dining room shut down we can focus on the other things, we’re hoping to increase our chocolate sale increase our coffee sales. Not a lot of people know we have an espresso bar," said owner Sarah Seta. "We can do a lot when it comes to ice cream and coffee.”

A third issue has also shown itself - the lack of students to staff local businesses.

Gaddis Gaming, a Detroit-based business that constructs boardgames has its newest creation ready for playing.

The game focuses on Back servicemen who fought during World War II in stories you may not have heard about.

Detroit-based Gaddis Gaming saw a hole in the representation of tabletop games and a market.

Prior to the pandemic, Gaddies was traveling to conventions to promote the game. With COVID-19 changing that, they have now switched to an online model and have a Kickstarter campaign up and running.

Pfizer requests emergency use of its COVID-19 vaccine

Moving at a breakneck speed as far as medical developments go, Pfizer became the first drugmaker in the U.S. to request emergency use of its COVID-19 vaccine.

On Friday, it asked U.S. regulators to approve the vaccine, which would start the clock on distributing a limited selection of shots as early as December.

Earlier this week, Pfizer and its German counterpart BioNTech announced its vaccine appears to be 95% effective at preventing mild and severe symptoms of the virus.

"Our work to deliver a safe and effective vaccine has never been more urgent," Pfizer CEO Albert Bourla said in a statement.

With COVID-19 swirling around much of the U.S., pressure how mounted on companies to roll out a vaccine quickly.

Detroit police are searching for a missing teen who was last seen Thursday afternoon.

Cortez Cooper's last known whereabouts were with his family in the 18500 block of Hubbell Street at around 4 p.m. 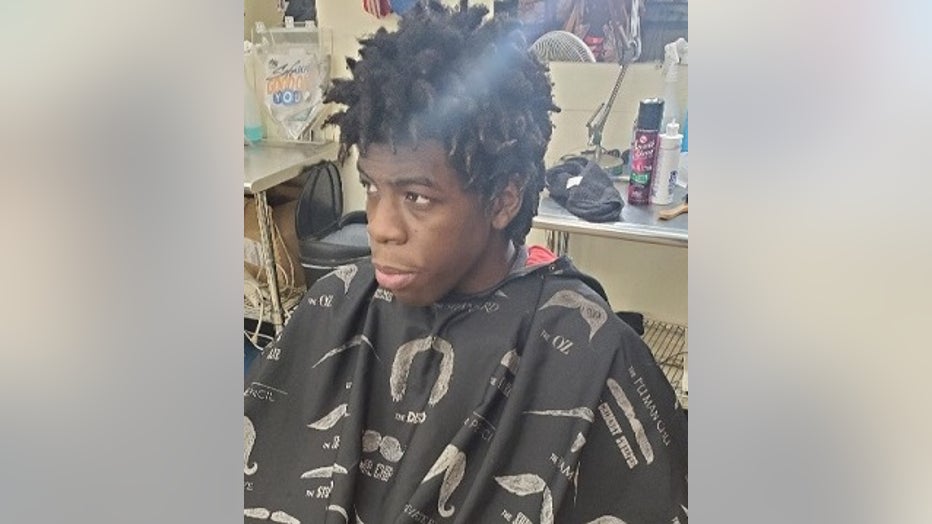 The 15-year-old is 6-foot-1-inch, 160 pounds, has a slim build and brown complexion. He was last seen wearing a black Nike hooded sweatshirt, blue jeans, and white Jordan gym shoes.

1. Charles Levin, a former Michigan Supreme Court Justice who ran for the seat as an independent candidate, died Thursday morning at the age of 94.
2. A dying tree has become a living nightmare for Veronica Thomas, as one of its largest branches came crashing down on her house over the weekend.
3. Yes, there's also happy news to share - like this blind dog that got lost before getting found by a puppy in West Bloomfield.
4. It's not just government leaders making a plea; U-M Medicine leaders are also pleading with residents to be safe this holiday season.
5. Why not spend your pandemic doing something useful, like reupholstering your kitchen. Here's a step-by-step guide.

Your forecasted high for Friday is 65 degrees and 44 on Saturday. But be wary of rain and snow falling Sunday as temperatures continue dropping.

A warm finish to the week, with some rain and snow on the way for the weekend!

Another 60 degree day in SE Michigan!

Inaction by Congress could result in millions of Americans entering the New Year with little or no means of financial support, according to a report released Wednesday.

According to findings by The Century Foundation, a policy research institute, 12 million workers will be on one of two main CARES Act programs — Pandemic Unemployment Assistance (PUA) and Pandemic Emergency Unemployment Compensation (PEUC) — when funding expires on Dec. 26.

“This cutoff threatens to pull the rug out from under an economy that has already seen millions of workers lose their state unemployment benefits this fall,” the report read.

Based on the number of people already on federal and state benefits, an estimated 7.3 million workers will see their PUA benefits expire the day after Christmas. PUA eligibility started the week ending Feb. 9, but most who are eligible for PUA lost their employment in March and will be reaching the end of their benefits at the end of December.