Police in Pittsfield Township released bodycam video of a 10-year-old boy being handcuffed with a gun pointed at him as police arrested his father. Police said everything was done according to policy.

PITTSFIELD TOWNSHIP, Mich. (FOX 2) - Pittsfield Township police said an officer followed department policy when he pointed a gun at a 10-year-old boy after a police chase earlier this year.

Police also released bodycam video Wednesday of the April 16 incident. Watch it above.

Ann Arbor police officers were called to Briarwood Mall after a shooting. According to police, as an officer was checking vehicles that were leaving the mall, a car was driving into oncoming traffic to get around those vehicles.

Police said the officer yelled at the driver to stop, but he drove around the marked patrol vehicle.

According to police, a chase ensued. Officers pursued the vehicle south on State Street onto eastbound I-94. Police allege that the driver was traveling more than 100 mph as he weaved in and out of traffic and passed vehicles on the shoulder.

The driver got off the freeway near US-23 and was stopped by police in an Ypsilanti Township shopping plaza on Huron Street just south of I-94. Police said officers gave "loud verbal commands" that the driver ignored. 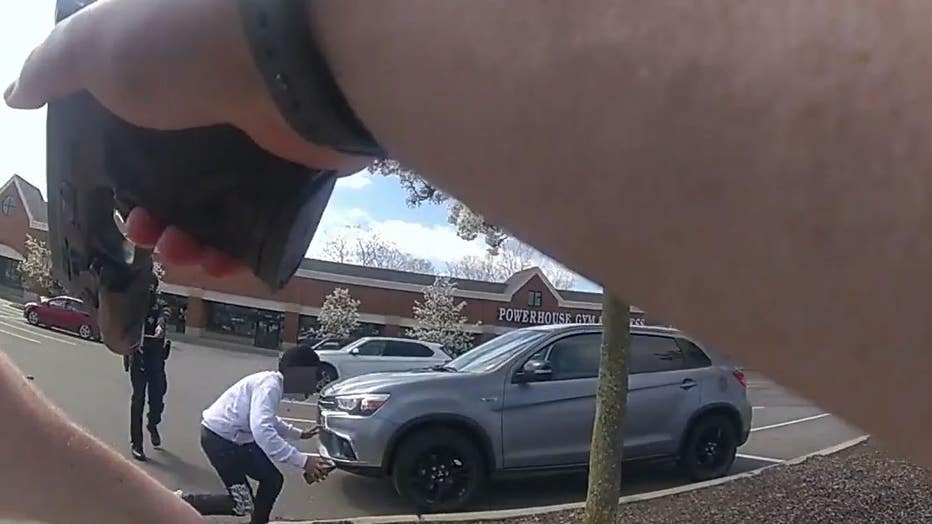 According to police, a passenger "whose age and intent were unknown" got out of the car with something in his hand and walked away from the car. Police said they believed the vehicle occupants could have been the shooting suspects.

That passenger was determined to be a 10-year-old boy who was holding a cell phone.

An officer pointed a gun at the boy and ordered him to the ground. The boy was handcuffed. Police said the boy was in the cuffs for about 1 minute and 40 seconds before they were removed. 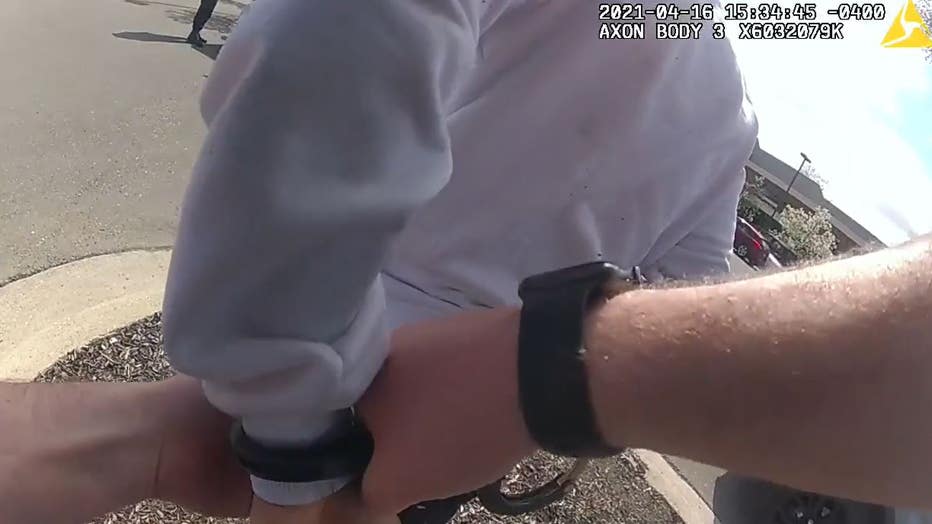 The bodycam video shows the officers reassuring the boy that he is going to be OK, asking if he is hurt, and having him call his mother to come to pick him up.

The driver, who is the boy's father, was arrested and charged with second-degree fleeing and eluding, possession of stolen property, resisting and obstructing, child abuse, and driving on a suspended or revoked license.

A protest was held last week and the boy's family has filed a lawsuit against the Pittsfield Township Police Department.

Bodycam video released by the family of Benjamin Whitfield shows the young boy shaking after a police pursuit in Ann Arbor on April 16.