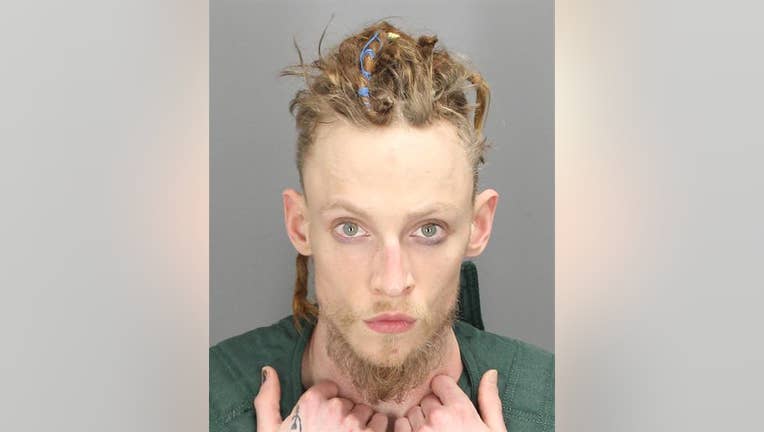 Damien Alexander Newman, 27, of Galva, Ill., was arrested early Saturday morning after emerging from a picnic area at Hawk Woods Park and Campground on Bald Mountain Road in Auburn Hills. Authorities said they tracked a missing 14-year-old girl to the campground. She was reported missing after running away hours before.

When authorities got to the campground, they saw a white van backed into a parking spot. As they approached it, they saw Newman and the girl, authorities said.

Newman told Oakland County Sheriff's deputies that he met the girl about a year ago on Snapchat, and it was their first time meeting in person. Deputies confiscated cell phones from Newman and the girl as evidence.

Authorities said child pornography and other sexually explicit material on was found on Newman’s phone. He also had a large fixed-blade knife concealed, authorities said.

"It is disgusting and tragic that there are individuals who seek to perpetrate or share sexual violation of children," Sheriff Michael Bouchard said. "Through good detective work, this individual was caught and will be held to account."

Newman is charged with possession of child sexually abusive material, two counts of using a computer to commit a crime and distributing sexually explicit, visual or verbal material to children. If convicted of the computer crime charges, he faces up to seven years in prison.

He is being held without bond because he is considered a flight risk. A probable cause conference is scheduled for May 24, and a preliminary examination is set for May 31.