The Michigan State Police said a semi truck driver was not paying attention when he slammed into the back of a stopped buick on I96 on Thursday.

FARMINGTON HILLS, Mich. (FOX 2) - The double fatal crash on 696 on Thursday was caused by a semi-truck driver who didn't notice traffic had come to stop, Michigan State Police said.

UPDATE (6:20 p.m.): The westbound side of I-696 has been reopened after being closed for several hours following the fatal crash.

MSP Lt. Michael Shaw confirmed to FOX 2 that it appears the semi-truck driver is at fault for the crash that instantly killed two people and seriously injured two others.

The two victims have been identified as a 72-year-old man and 69-year-old woman. They are a husband and wife from Hawks, Michigan.

Shaw said the crash happened around 10:15 a.m. on Thursday on westbound I-696 in Farmington Hills as traffic splits between 96 and 275. He said the semi-truck did not stop in time and hit the back of a Buick LaCrosse, which had come to a stop on the 96 side of the split.

After hitting the Buick, the semi hit two other cars and then jackknifed.

Shaw, clearly frustrated that two more lives have ended on the freeway, said the driver was 'inattentive' but did not elaborate on what was happening.

"If the semi-truck driver would have been paying attention or allowed safe distance in front of him, we wouldn't be talking," Shaw said.

The driver of the semi-truck is at a local MSP post and is being interviewed. The driver's blood will be taken and the Oakland County prosecutor's office will ultimately decide on charges. 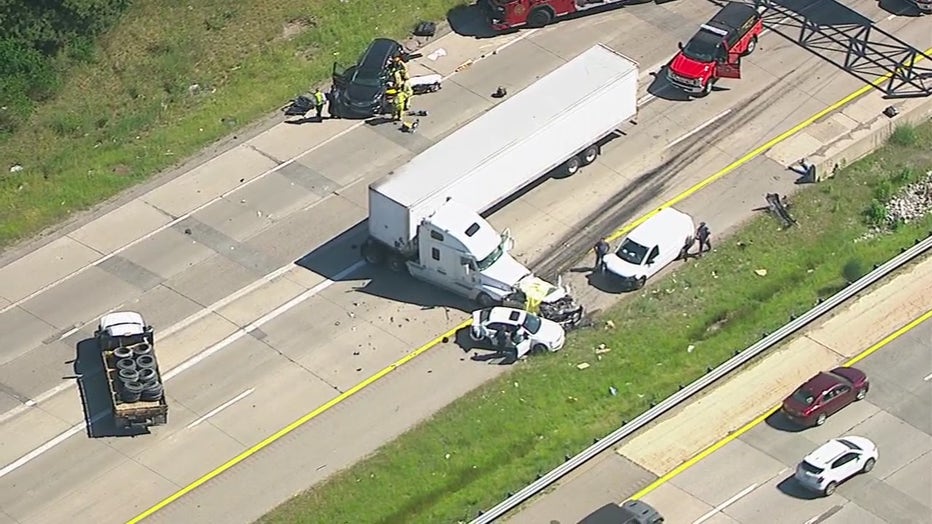 Shaw said the backseat of the car was crumpled so badly, they didn't even know if someone else was in the backseat. The two victims killed are still in the car.

Shaw said the other two who were hurt are not believed to have life-threatening injuries.

"When you get behind the wheel of the car, it's the same thing as being behind the trigger of a gun. You are responsible," Shaw said. "That vehicle is a weapon"

Westbound I-696 was closed since the crash. MSP opened one lane to allow drivers who were trapped on the freeway to leave but the interstate had been closed at Orchard Lake and drivers were urged to take any other route. 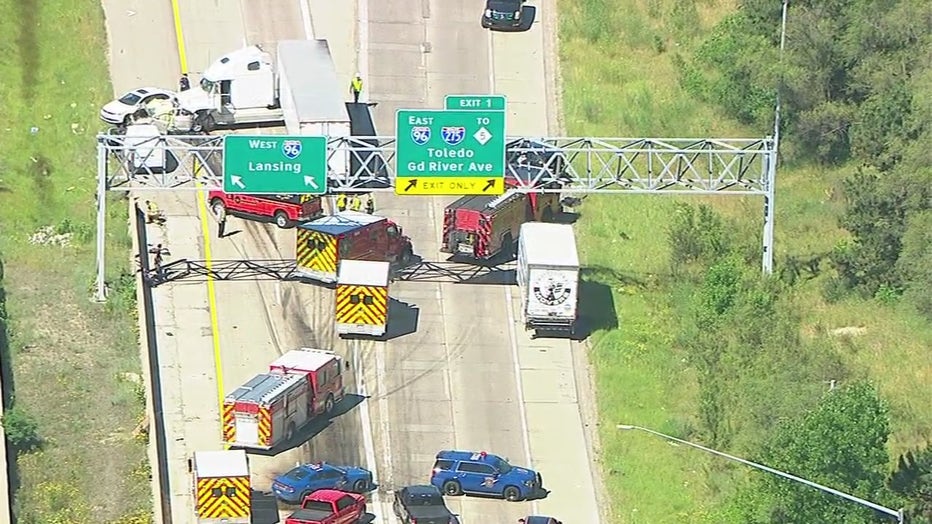