SPRINGFIELD TWP., Mich. - One person is dead after multiple vehicles collided on I-75 in northern Oakland County early Friday morning.

Michigan State Police responded to reports of a serious crash in the northbound lanes around 6:45 a.m.

A preliminary investigation found that the crash happened due to a backup on the highway from a separate crash. 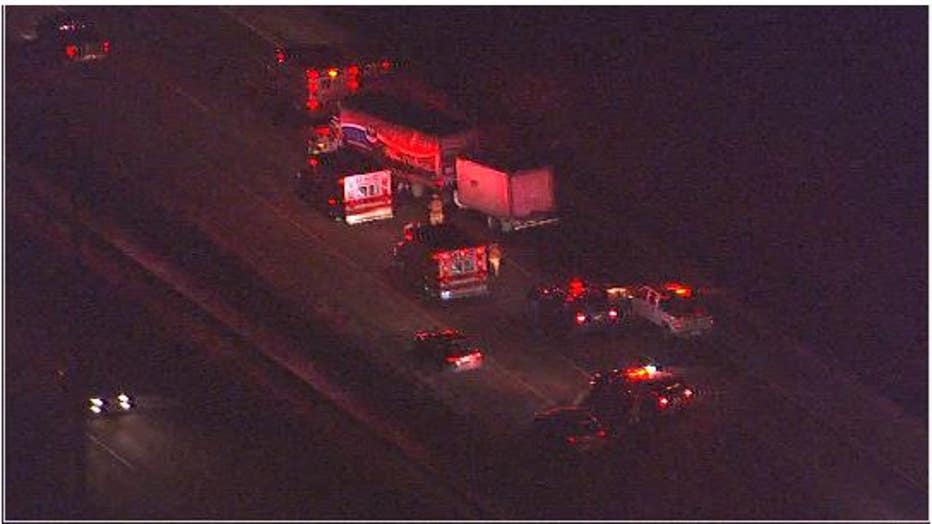 State troopers traveled to Rattalee Lake Road in Springfield Township where a backup on the highway had created a second incident after a large box truck traveling slowly with its hazards on collided with a passenger vehicle stopped on the road.

However, a smaller box truck behind the two crashed into the big box truck.

The driver of the smaller box truck was pronounced dead at the scene.

Police have not identified the victim.

All lanes along the highway reopened late Friday morning.