Trustee Dan D'Alessandro spoke up amid parents lambasting the school board to say he was sorry for the board's silence in the days immediately following the Nov. 30 shooting at Oxford High School.

Some parents who spoke during the meeting blasted the school board.

"The level of victim-blaming and gaslighting of victims of this community, including victims' family members is appalling and shameful," said one mom.

"You need to sit down and watch the video, okay?" said one dad.

One school board member expressed his regret.

"In the immediate days after November 30th, my fellow board members and I were unable to speak factually about the events," said Dan D'Alessandro. "Looking back, that led to confusion within the district, and the community. I am truly sorry."

Parents gathered inside Oxford High School for the meeting as trustees presented their plan for more cameras, added weapons detection systems, and more, but when the board left for a closed-door session to talk with attorneys - many were left with more questions than answers.

"It’s been really hard seeing all this and like nothing’s changing," said student Isabelle Agen.

Agen was going to be a senior at Oxford High but had not been back to the school since the Nov. 30 mass shooting left killed four students, until tonight.

"I can’t bring myself to believe that anything is going to change either," she added.

Parents gathered inside Oxford High School for a board meeting as officials presented their plan for updated security - but many still have questions.

"I can tell you from my experience between what I’ve seen with my daughter and what I go through, I don’t want anybody to do this and have to go through this," said her father.

Parents say they wanted to hear more about a lawsuit that says a security guard could have saved at least one of the shooting victims last November.

And they want to know about video that allegedly shows the security guard passing by shooting victims - and at one point thinking a victim was wearing realistic training make up only to realize it might have been real later, according to the attorney for the victim’s families.

FOX 2: "There’s parents in there who say they want board members to resign. Are you in that crowd?"

"Oh absolutely," said one woman. "Absolutely. I’m not going to say every single one of them."

Parents say after all this time, they still need to know more.

"Let’s bring in some people who can tell us the truth and make the ride decisions for our kids," she said.

Superintendent Ken Weaver released a statement recently that said an outside review from security experts confirms that staff responded in a way that reduced additional harm and loss of life. They say they are confident the investigation and a third-party review will bring all facts to light.

Weaver's full statement is below:

"Our hearts continue to be with the students, staff, families and community members whose lives were forever changed by the tragedy on November 30, 2021. On that day, students and staff acted swiftly in accordance with their prior training and several staff members exhibited heroic courage.

"Review by security experts confirmed our staff response reduced additional harm and loss of life. We are confident the investigation and third-party review of the events of that day will bring all of the facts to light. Safety continues to be our top priority at Oxford Community Schools.

"We will not be deterred and will continue our commitment of providing a high-quality education for our students in a safe educational environment as we continue to honor Justin, Madisyn, Hana, and Tate." 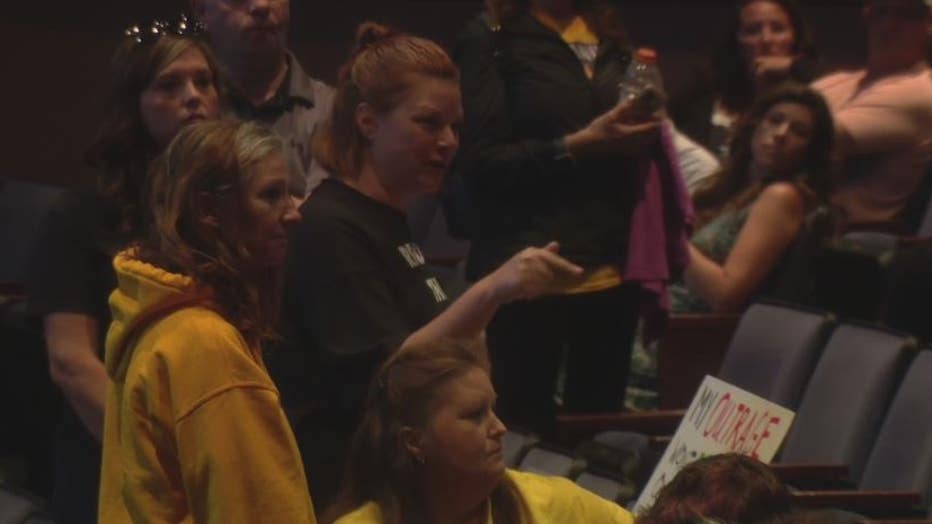