For six teenaged survivors of the Oxford High School shooting, their families are asking for help as they fight their way through the next chapters of their lives.

OXFORD, Mich. (FOX 2) - Eight days after the lives of four teens were tragically cut short at Oxford High School and six others are physically scarred while another several hundred will psychologically never be the same, the challenges they're all facing are intense.

As the families ask for privacy, more is being made available about the survivors on public GoFundMe Pages.

These pages, created by family members of the survivors themselves, have all been verified by GoFundMe so you can ensure your money is going exactly where you want it to go.

We're learning about the survivors, what they've gone through, and what's still to come.

November 30 would have been the 15-year-old's first day in the pool as a higher schooler on the swim team. It was also supposed to be his last day of driver's training.

He called his mom amidst the chaos and told her he’d been shot in the leg. A friend rushed him out of the school and to safety as a stranger drove him to first responders. 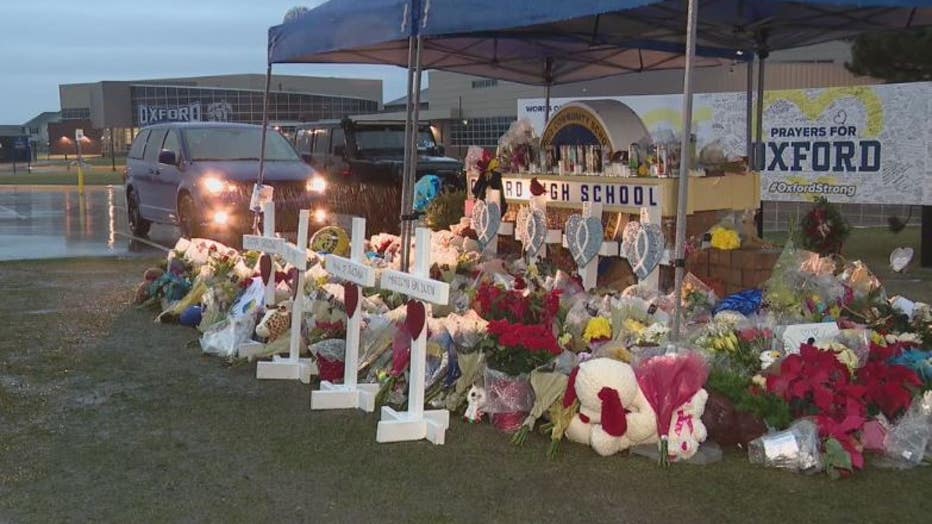 The 17-year-old was shot in the chest and both shoulders and was most recently in surgery just two days ago.

The severe wounds in her chest and spine are hampering movement in her arms and legs, according to an update from her mom, on their fundraising page.

They’re thanking everyone for all the generosity as donations are tipping 100 thousand dollars.

The 14-year-old had a bullet graze two fingers before going into his mouth where it shattered four teeth and exited through his right cheek.

His page says, any money donated will go to pay for ongoing medical costs, a college fund, and unpaid leave his parents may have to take to care for their son.

Eli's girlfriend, also 14, was once in critical condition after she was shot in the chest.

According to the fundraising page organized by her cousin, a friend of Phoebe's dragged her to safety and then sat praying and holding pressure on her wound until first responders arrived.

Through it all, phoebe’s mom says she quote "has been the strongest, bravest, most epic human. She is a fighter."

There's still one 17-year-old female in the hospital at St. Joe's in Pontiac.

If you want to help the families or the victims, GoFundMe has put together one link with all verified donation links here.