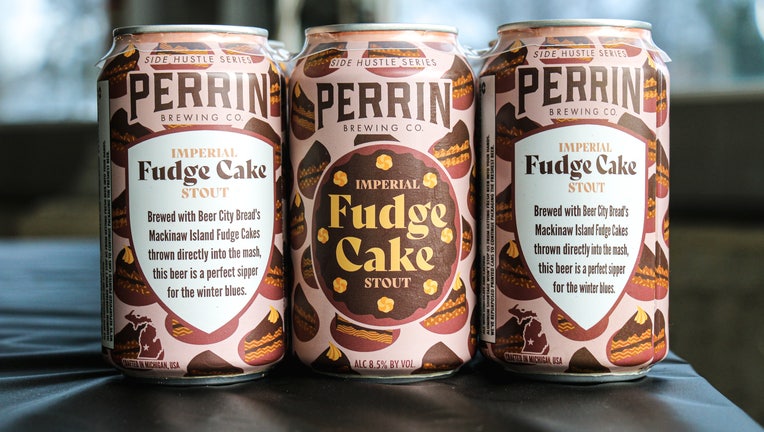 "It's really fun working with something like Beer City Bread's Mackinaw Island Fudge Cake. It's such a delicious cake and emulating its flavors was a fun challenge – although throwing 10 cakes directly into the mash definitely helps!" said Connor Klopcic, director of brewing operations at Perrin.

The 8.5% ABV stout is part of the brewery's Side Hustle series. Beers in the series feature new ingredients and unique brewing techniques.

Imperial Fudge Cake Stout is now available at Perrin's Comstock Park Pub on draft and in cans. It will be distributed statewide soon.

"Mackinaw Fudge Cake and Perrin Imperial Stout – what an incredible combination to make a must-try winter beer!" said Stefan Fahlen, Director of restaurant operations at Beer City Bread. "It’s awesome to be able to collaborate with Perrin again to make another exciting beer! I can’t wait for everyone to be able to experience the flavors that come through in this new stout."