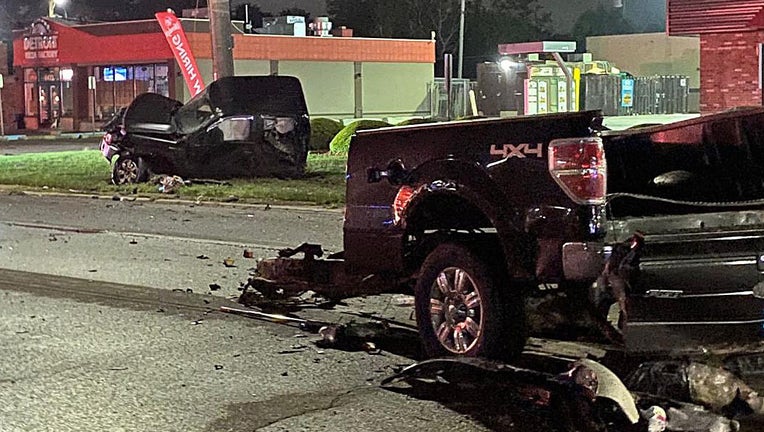 DEARBORN HEIGHTS, Mich. (FOX 2) - A man who police say was driving about 100 mph on Telegraph in Dearborn Heights caused crash that sliced a pickup truck in half.

Police said the 32-year-old Inkster man was speeding in a Mercedes when he hit a Ford F-150 south of Joy Road around 11:30 p.m.

The driver of the Mercedes and a 41-year-old Detroit man who was driving the truck are both listed as stable at hospitals. Two passengers in the Mercedes, a 32-year-old Canton man and a 26-year-old Inkster man, are in critical condition. 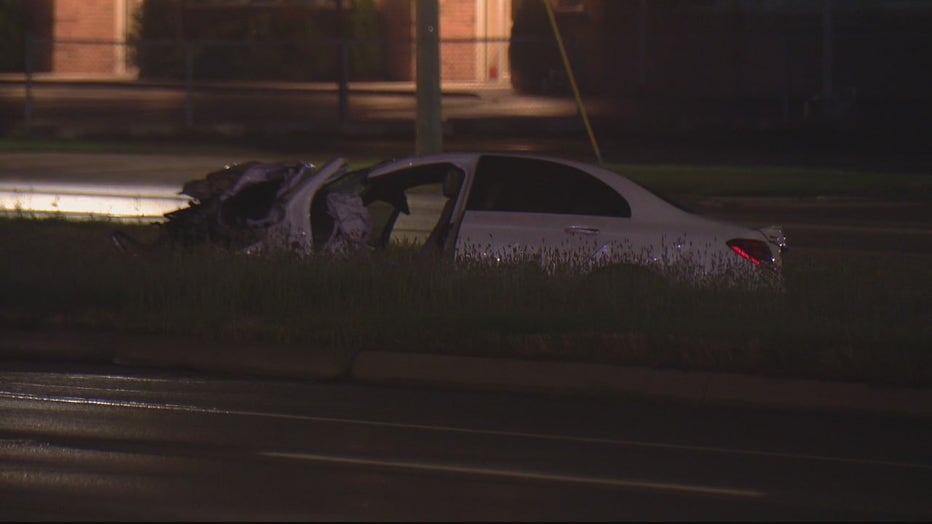 The police department will submit the case to the Wayne County Prosecutor's Office.

Another man not involved in the crash was arrested after police say he drove around flares and emergency vehicles into the crash scene and almost hit officers.

Police were reconstructing the crash around 1:30 a.m. when the Dodge Charger driven by a 20-year-old Detroit man swerved off the road, just missing a squad car, a tow truck, and officers.

After stopping, the man resisted arrest, police said. He was taken into custody on suspicion of drunken driving, and taken to a hospital for a cut on his chin. Police intend to seek charges pending blood test results.

"As drivers, we all have an obligation to our fellow motorists and pedestrians to drive with a clear mind and to obey traffic control devices and speed limits,"  said DHPD Chief Jerrod Hart." According to the eyewitness accounts, speed and reckless driving were contributing factors in the initial serious injury accident – and to then have yet another motorist put our officer’s safety in jeopardy by allegedly driving under the influence is unacceptable."