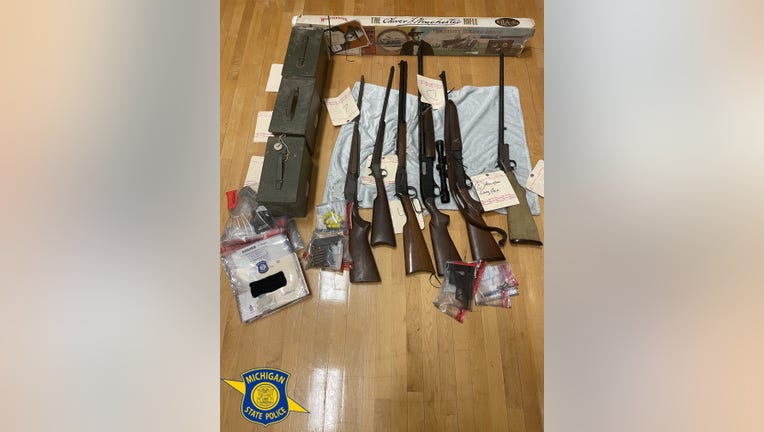 BERRIEN COUNTY, Mich. (FOX 2) - A Michigan man with a history of drug offenses is in custody after police say they found crystal meth and guns when they raided his home.

According to police, Southwest Enforcement Team (SWET) detectives and with officers from Berrien Springs-Oronoko Township police raided Ward's home in the 9000 block of Kephart Lane on Friday after a tip.

Police said Ward had a pistol on his person, and there were several other firearms in the home.

Crystal methamphetamine, scales, and other evidence of trafficking were also seized, police said.