A River Rouge Police Officer was trying to stop a man for speeding but the driver did donuts in front of city hall and then hit his cruiser - before speeding away.

RIVER ROUGE, Mich. (FOX 2) - Police in River Rouge said a driver who hit a cop car earlier tried to disguise his unique car by removing a racing stripe and taking the damaged door off but they were still able to track it down.

River Rouge Police said a FOX 2 follower called in a tip about the driver who was wanted for hitting the police car on Sunday. Police released bodycam video that showed the view from the officer's perspective inside the vehicle. The unnamed officer calls in the chase of the man who is refusing to stop after police said the black Chrysler 300 SRT didn't have a license plate.

According to police, the driver turned off Coolidge Highway and onto W. Jefferson Ave and started doing donuts in front of City Hall. That's when police said he lost control and hit the officer's car, damaging both cars.

Police said they were searching for a Chrysler 200 with two white racing stripes and heavy damage to the passenger side. The back passenger side had also been removed in an attempt to fix the damage police said.

The driver was arrested in Wyandotte. His name has not yet been released. 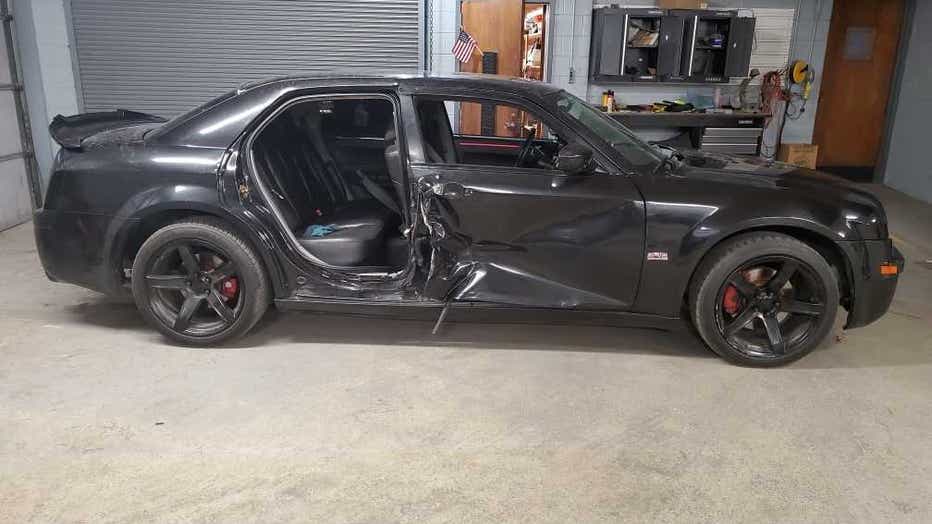 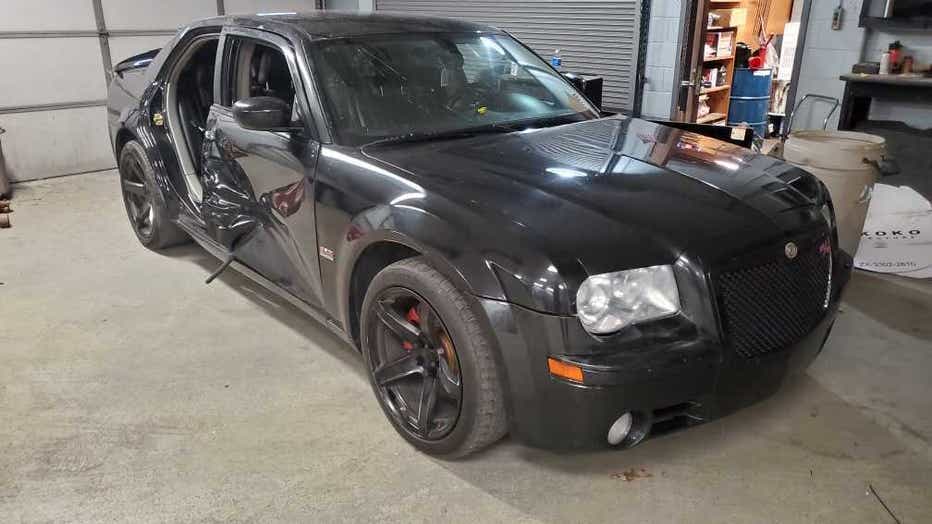 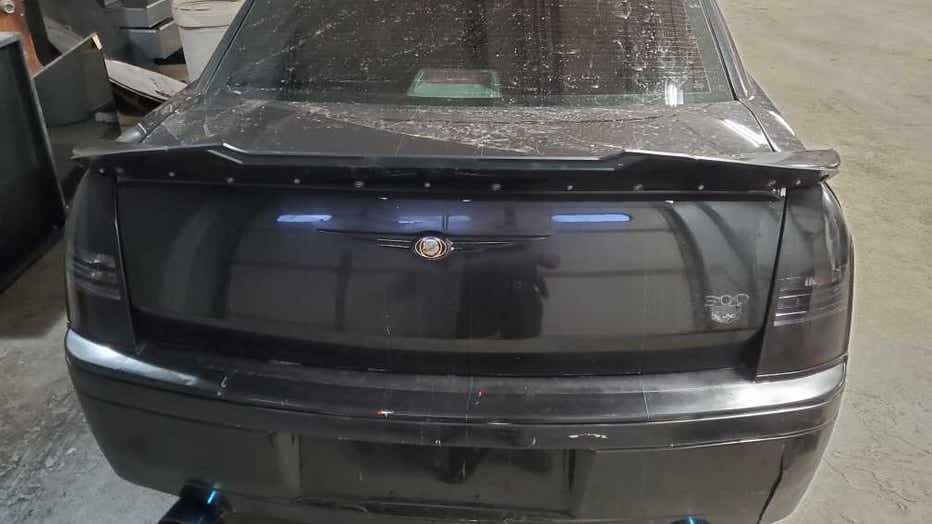