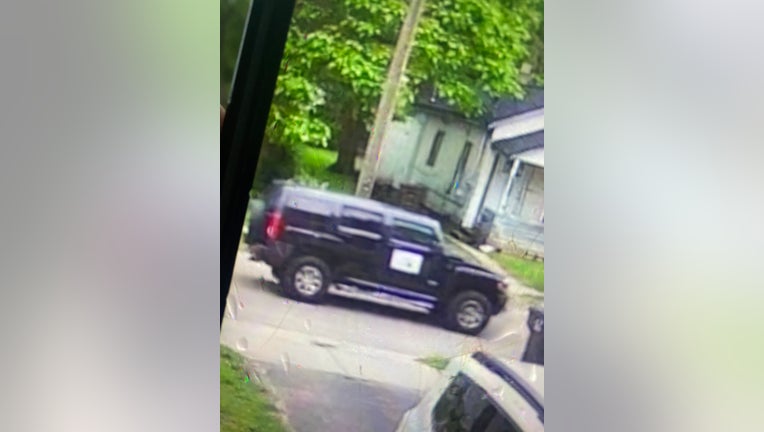 Oakland County Sheriff's says driver of this Hummer injured a girl in a hit-and-run.

PONTIAC, Mich. (FOX 2) - Police say the suspect driver that allegedly struck a 6-year-old Pontiac girl crossing the street before they kept going has turned himself in.

The 23-year-old Pontiac man surrendered to Oakland County Sheriff's deputies Thursday night following a days-long search. The girl, who was struck around Wednesday afternoon, remains hospitalized and in stable condition.

Detectives are reportedly seeking charges of leaving the scene of a personal injury accident against the man.

I am pleased the suspect is in our custody and I am convinced that happened because of the pressure from our hard-working Detectives to locate the suspect as well as the community’s efforts to help," said Sheriff Michael Bouchard.

Police said the girl was crossing the street with her mom when a black Hummer that was traveling west on Virginia towards Baldwin struck her. The mother, who was holding another child at the time, was unable to pull her daughter away from the car's path when she was hit.

She was taken to the hospital with non-life-threatening injuries.

Police said the Hummer had the word's "Natural Construction" written on it at the time they were searching.