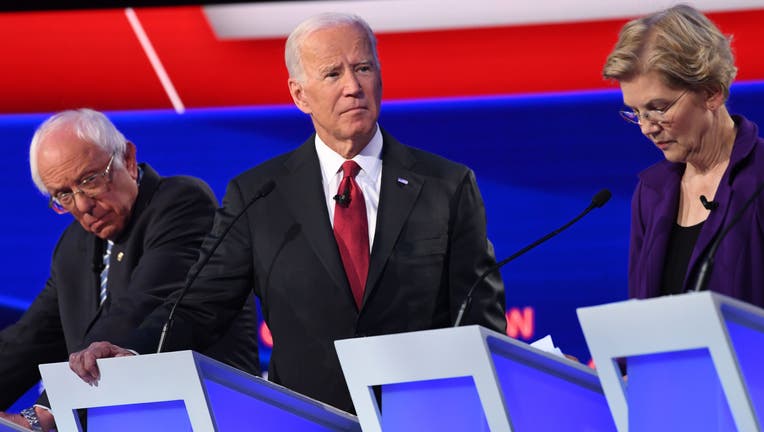 (FOX 2) - With Super Tuesday in the books, many Democratic presidential candidates are now setting their sights on Michigan. Many are planning campaign stops in the state ahead of next week's primary election.

In 2016, Michigan emerged as a key battleground state in President Trump's path to election victory, including winning former Democratic stronghold Macomb County. In that election, Trump won the state by 13,107 votes.

As campaign trails ramp up for 2020, Michigan again appears to be in the spotlight for stump speeches by the president and his Democratic challengers.

Michiganders vote on Tuesday, March 10 in our primary election.

Before then, several candidates will be making stops in metro Detroit.

Democratic presidential candidates coming to Michigan before our primary election

With Super Tuesday in the books, many Democratic presidential candidates are now setting their sights on Michigan.

Elizabeth Warren was in Detroit the night of Super Tuesday at a rally at Eastern Market. About 2,000 people attended. She urged people to get out and vote, and talked about her plan to improve the nation and the importance of education.

She'll be around in Michigan for a while longer, with a rally at Lansing Community College on Friday, March 6. That is scheduled for 6:30 p.m. RSVP here.

Though, her future as a candidate is uncertain after her Super Tuesday loss in her home state of Massachusetts.

Billionaire Mike Bloomberg had a rally scheduled for Thursday, March 5 in Warren, but announced Wednesday morning that he's ending his presidential run after a disappointing Super Tuesday.

Bernie Sanders seized the biggest prize Super Tuesday with a win in California. Though the Democratic Party's presidential field, which featured more than a half-dozen candidates a week ago, seems to have transformed into a two-man contest after Super Tuesday between Sanders and Joe Biden.

Sanders will be stopping in multiple locations in Michigan over the next few days.

He'll be at TCF Center in Detroit on Friday, March 6. That rally is scheduled for 7 p.m. RSVP here.

Then he'll be in Grand Rapids on Sunday, March 8. RSVP here.

And a resurgent Joe Biden scored victories from Texas to Massachusetts on Super Tuesday, revitalizing a presidential bid that was teetering on the edge of disaster just days earlier.

As of right now, he does not have any events scheduled in Michigan.

WHEN WE ALL VOTE RALLY

And later in March, after Michiganders have voted in our primary, Michelle Obama is bringing a When We All Vote rally to Detroit.

That event is scheduled for Friday, March 27 at the University of Detroit Mercy. Ticket information has not yet been released.