Maison DesChamps calls himself the "Pro-Life Spider-Man. On Sunday, he was arrested for climbing the Renaissance Center in Detroit.

DETROIT (FOX 2) - A man who calls himself the "Pro-Life Spider-Man" scaled the Renaissance Center in Detroit on Sunday.

"I hope that young people see my climb and are inspired and stand up for pro-life and aren’t afraid to stand up to the backlash," said 22-year-old Maison DesChamps. "We are not going to just hide we are going to speak out and stand up for these babies that don’t have a voice."

DesChamps climbed the Ren Cen on Mother's Day, days after he was seen climbing the Salesforce Tower in San Francisco and hanging anti-abortion banners. He said he learned how to climb by watching YouTube videos and shadowing an expert in Yosemite.

"Out here in Detroit people don’t see rock climbers, so I sat at the bar at the Ren Cen, put on my climbing shoes, and no one had a clue what I was doing," he said. 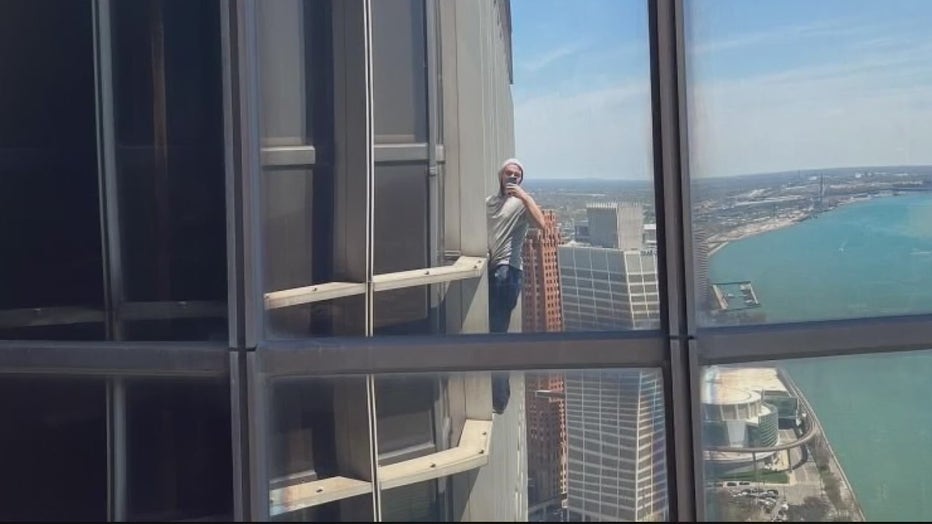 As he got 30 floors up, he could see Detroit police.

DesChamps, who lives in Las Vegas but is from Metro Detroit, was given a ticket for disorderly conduct and released five hours later.

The climbs come after news that the Supreme Court intends to overturn Roe v. Wade, a case that legalized abortion in the United States.

DesChamps wouldn't say if he plans to scale more buildings, citing his attorney.

"My lawyer told me not to comment on whether or not I’ll keep climbing, but I guess just look out on the internet," he said.