Fire crews from several Downriver cities were needed to get a blaze that tore through a Riverview apartment complex Sunday night under control. There were no injuries reported but everyone who lived there is now without shelter.

No one was hurt amid the blaze, but every person living at the complex was displaced as result.

The Salvation Army is now aiding the victims of the fire, which started some time Sunday night.

Riverview fire crews got the call around 10 p.m. about an apartment fire near Pennsylvania Road and McCann Avenue.

A resident who was living on the apartment's second floor opened her windows to a scary sight last night when she saw people from the third floor helping others escape through their windows.

They were among the many living in the 24-unit complex - although not every apartment was occupied at the time of the fire.

Crews responding to the fire said that the west side of the building was up in flames by the time they got there - most of which were identified in the third floor. First responders said the fire stopped moving about halfway through the building. 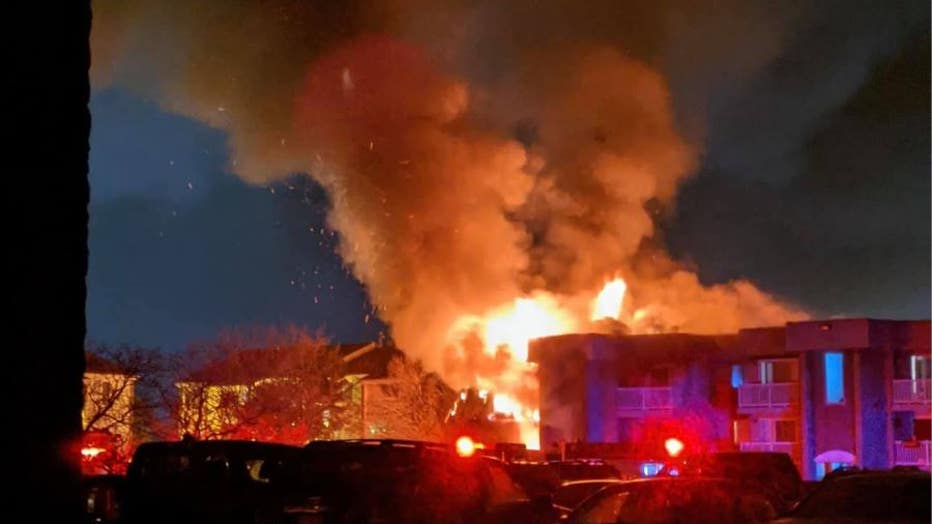 But the fire did get big enough to call for backup, which included Southgate, Wyandotte, and Grosse Ile.

"Mutual aid - it does what it does at these kinds of times when we can rely on our surrounding communities for their resources and manpower," said Ron Lammers, fire chief in Riverview. "There's no one department when you have a fire of this magnitude that has those resources."

Firefighters were still tackling some hot spots nine hours later. Crews were using a fire rig's ladder to survey and cool down any troublesome areas by Monday morning.

The Salvation Army is helping everyone that was displaced.