DETROIT (FOX 2) - Wednesday night's crash of a Detroit Fire truck was a repeat of sorts from a year and a half ago at the same gas station at Dequindre and Outer Drive.

Back in October 2019, a vehicle struck a fire engine from the same firehouse sending it careening into the Citgo, knocking over a utility pole that wrecked another car.

Wednesday night's crash of a Detroit Fire truck was a repeat of sorts from a year and a half ago at the same gas station at Dequindre and Outer Drive.

"Last year, same accident at number one and two," said Samir Houssain, gas station clerk. "So now we just got one pump left. Now when people complain about it: how does it happen two times in year? It's too crazy."

Detroit Fire Department officials say while the truck was from the same firehouse as Wednesday's crash, it was a different driver and crew.

"It just so happens there were two different accidents at the same intersection almost two years apart," said Dave Fornell, DFD deputy fire commissioner. "Different conditions: it was night. it was different weather conditions, and so that accident from 2019 could've been a block up or a block back, but we don't see any connection between the two at all." 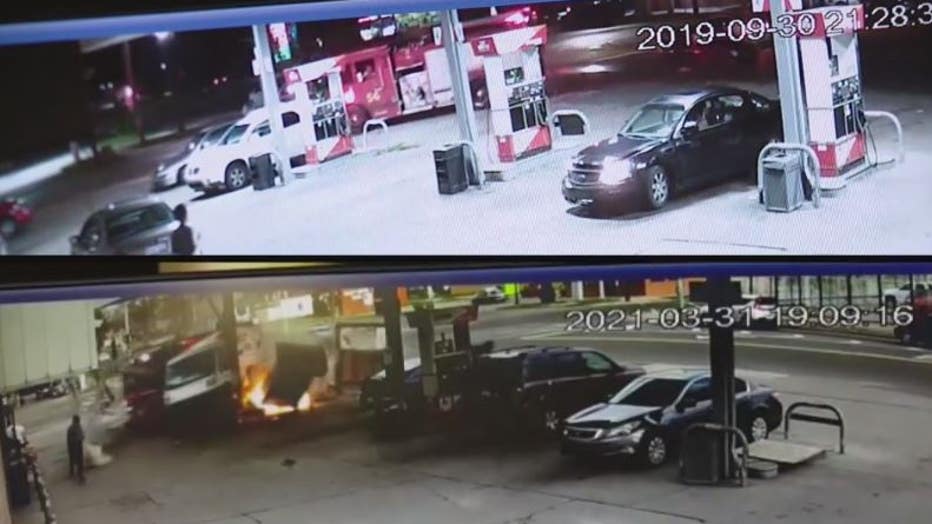 Detroit police are still investigating Wednesday's crash. It happened as the fire engine was responding to an incident on I-75 and collided with a Lincoln Navigator at the intersection.

The SUV struck a light pole, the fire engine took out a gas pump, and hit a truck parked next to it. Police say it's too early to determine who was at fault.

Sources within Detroit Fire ranks said a coney island may have blocked the fire engine's view of the SUV crossing the intersection.

A witness says while the Lincoln Navigator had the green light, the fire engine's lights and sirens were on.

"People say you know people have the music booming and stuff," the witness said. "That man had the light and he came behind the building, it's a blindside for that fire truck. You know how you slow down and peep? Well, he didn't peep." 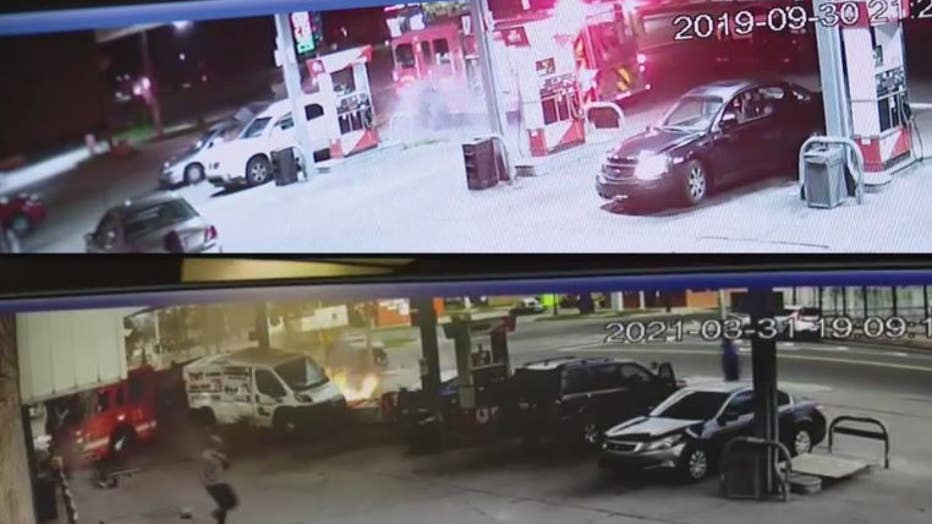 "There's sirens, there's lights you know we've got driving protocols and everything and for a civilian driver, yeah they just have to be aware of their environment," Fornell said. "That could've been instead of a fire truck, another black car. It's hard to say, but yes you've got to be aware of your environment and you've got to be prepared to give way to the emergency vehicle - and in this case, responding to a bonafide emergency run."

There were no injuries in the 2019 crash and in the latest crash, only minor injuries.

The driver of the fire truck was found to have no drugs or alcohol in his system when being treated at a hospital after the crash.