Tikaya Allen, 18, was murdered when she was caught in crossfire as an innocent bystander. A year later, her killer still isn't been caught.

DETROIT (FOX 2) - Tikiya Allen was shot and killed while on her bicycle outside a friend's duplex last summer.

The 18-year-old was caught in the crossfire in the area of Pingree and Linwood around 4:30 p.m. July 21, 2021. A year later, her family is searching for justice while police still look for the shooter.

More: Teen killed on bike in Detroit was innocent victim

"Somebody out there in this city knows who was in that car that day," said Tikiya's father, Timothy Allen. "Every day I ride around this city looking at red Taurus. Every time I see a red Taurus I can’t tell you the state it puts me in." 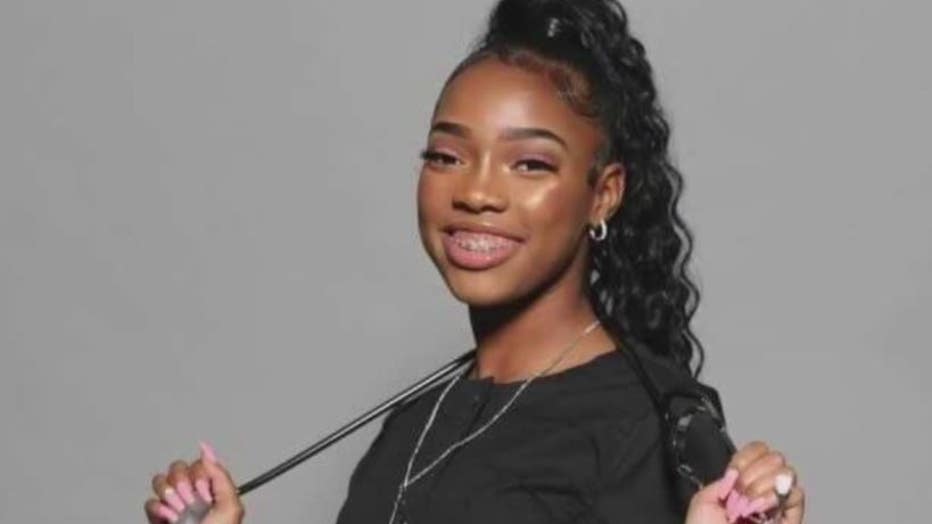 After the murder, Detroit police said the shooter was in a Ford Taurus with a custom paint job and unique rims.

"Every day I ride around this city looking at red Taurus. Every time I see a red Taurus I can’t tell you the state it puts me in," Timothy Allen said.

Family and friends gathered at Belle Isle on Thursday, calling for justice and remembering Tikiya, who was a nursing student who had dreams of being an anesthesiologist.

As Tikiya's family and friends demand answers, her family continues to cope.

"She left a lot. A lot of love, you know? Compassion. I’m just missing her. We’re all missing her," her mother Kai Cooks said.

Her grandmother is making sure her death helps breathes life into someone else’s dreams.

"In honor of my brilliant granddaughter, I set up a book scholarship at Oakland University that will be funded every year," Bonnie Whittaker said.

To prevent similar situations in the future, Hardwick said he wants more funding for Shot Spotter and freeway cameras.