TUESDAY NEWS HIT - Several different narratives are forming around the death of a man killed near the Erebus Haunted House in Pontiac.

Family members of Douglas Reese, a 29-year-old Detroit man who was shot following a confrontation with another individual, say they have heard conflicting stories about what led up to his death.

The Oakland County Sheriff's Office says it started when the victim got in line and an argument broke out.

However, that's where law enforcement say Reese did the right thing and left. While walking to his car, a suspect following him and started shooting.

"When somebody is walking away from a situation or whatever, you don't follow him and shoot him, you don't do that, that's not ok," Reese's sister said.

Law enforcement say an argument in the line to get into the Erebus Haunted House escalated after the victim cut the line but his family doesn't believe that to be true.

"We've actually heard six different stories, six different versions of what actually happened. We don't know what is the true story," Reese's cousin said. "He wasn't the type of person to take cuts in front of nobody, he was not confrontational, he didn't just look for trouble or anything like that."

The sheriff's office has released images of the suspect and pictures of the car he drove away in. 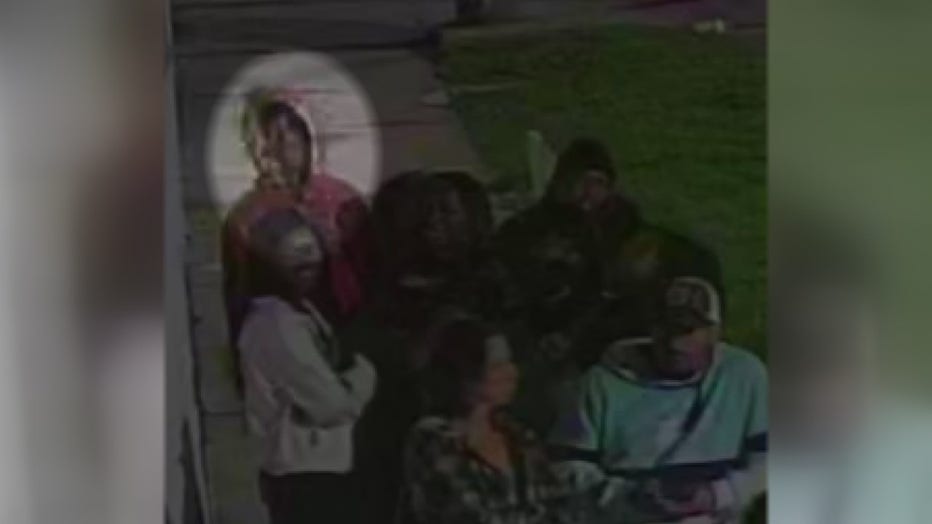 Michigan's top cop has begun a probe into the tactics of Unlock Michigan, a group that has spent months collecting signatures in an effort to repeal the emergency powers used by the governor.

Dana Nessel announced the probe following media reports that the group had engaged in dubious practices when collecting signatures.

Audio recordings from a meeting between campaign workers and a company representative tasked with training people to collect signatures caught the leader promoting workers to leave petitions with store clerks and provide misleading testimony if they're deposed in a courtroom, but illegal practices.

In other cases, residents were informed they were told the petitions were to support LGBTQ rights and for medical marijuana initiatives before they would provide signatures. That's also illegal.

Republican lawmakers have spent much of the pandemic attempting a workaround Gretchen Whitmer's use of the 1945 Emergency Powers of the Governor Act, which has enabled the governor to declare hundreds of executive orders.

If a petition successfully made it to the legislature, Whitmer would be unable to veto any law that is passed.

So far, Unlock Michigan says it has collected more than 500,000 signatures.

Since Valentine's Day, Haley Jo Renollet's life has been turned upside down. During the pandemic, she's received a brain tumor diagnosis, experienced memory and hair loss, and extreme fatigue.

Then she had surgery for the tumor in the middle of her brain delayed. By the time she did have a procedure done, doctors were only able to remove between 40-60 percent of the tumor. She lost her job and health care in the process.

The surgeons were not able to remove all of the brain tumor. About 40 to 60 percent of it remained. This meant she would have to have weeks of radiation at Beaumont. Her husband and father stayed in Traverse City and Haley and Lori moved into Hotel Royal Oak.

"It's devastating - I basically have lost my life overnight," she said. "Everything I had worked my entire life for, was just stripped away from me."

It was only during her stay at Hotel Royal Oak did a break in the bad news finally come, arriving from an unlikely source.

"They're extraordinary people," said Holly Brasure, manager of the hotel. "I felt a connection with them and I called Jim immediately like we've got to help these people."

The hotel's attorney deeply discounted their stay. Shortly after, they covered the entire expense.

"Your stay is totally free - it's all zeroed out," Brasure showed Haley.

If you want to help out Haley, a GoFundMe has been linked to the story here.

Westland police are investigating the fatal stabbing of an individual early Tuesday morning.

Officers were at a home near Palmer and Merriman Road around 2 a.m., shutting down the roadway.

Westland police have responded to a potential deadly stabbing early Tuesday morning near the intersection of Palmer and Merriman. blocking off roads until 6:45.

Detectives spent several hours collecting evidence and capturing footage of the area. A Honda Civic was also towed away from the residence.

The area reopened around 6:45 a.m. and more details are expected later Tuesday.

A dog training business in Tyrone Township is training dogs to sniff out COVID-19 cases.

Deploying the same techniques for teaching dogs to sniff out bed bugs or blood sugar changes for diabetics, Lori and Jack Griggs use saliva samples from people who tested positive for the virus.

Soaking the samples in cotton pads, they are placed in clean paint cans that allow the dogs to sniff them.

Training dogs to sniff out coronavirus in Tyrone Township

When everything shut down during the pandemic, the Griggs decided that would be a perfect time to re-train some of their dogs to detect the coronavirus.

After they get the smell down, the trick is training the canines to prioritize the smells of COVID-19 samples over those without COVID-19.

When the dog finds the virus, it sits.

Detroit police have released footage of a man suspected of shooting six people outside a gentlemen's club Monday morning.

The suspect in question is a Black male who was wearing a light blue coat at the time.

All six victims are in their 20's, with two listed in critical condition.

The Detroit Police Department says at least a dozen shots were fired early Monday morning outside a gentlemen's club on the southwest side.

Police aren't aware of any motive behind the attack but officers did recover more than 12 bullet casings.

Expect a cloudy Tuesday with highs at 64. More rain is on the way for Wednesday and Thursday.

More clouds than sun for Tuesday

Rich Luterman has the forecast

First presidential debate is Tuesday, here's what to expect

President Donald Trump and Democratic Nominee Joe Biden plan to meet on the stage for 90 minutes in the duo's first debate this election cycle.

The first 2020 debate of the general election will take place at 9 p.m. EST.

There will be no masks, no handshakes, and only a few audience members, and the media in attendance. The six topics the two plan to debate will range from their records as public officials, the Supreme Court vacancy, COVID-19, the economy, race and civil unrest in cities, and the integrity of the election.

Audiences can watch the debate online at FOX2Detroit.com/live as well as on FOX 2's Facebook page.