A 20-year-old Pontiac man wanted on a federal gun charge is now in police custody.

Tylique Campbell turned himself in to ATF agents in Chatanooga, Tennessee Monday. The feds issued an arrest warrant for him last week after a shootout in Pontiac back in September.

"I was back there ... cooking and all I heard was (seven gunshots) " said Roy Gill.

"Broad daylight, residential area, there is a business there, people are coming home from work," said  Lt.. Sam Marzban, Oakland County Sheriff's Office. "There are kids about, it creates a dangerous situation when someone is firing indiscriminately in these neighborhoods."

"Mr. Campbell was in a rap video online with weapons that resembled the ones recovered from the shooting scene," Marzban said.

Part of the video was recorded at the scene of the shooting. The guns recovered there were inside a backpack strikingly similar to the one seen in the video.

"So that in conjunction with other evidence, they were able to put this case together with the ATF," Marzban said.

Marzban says the September shootout is still being investigated, as are other cases in which Campbell is a person of interest.

"We’re looking at his possible involvement in two other shootings within the city of Pontiac," he said.

Investigators believe Campbell skipped town last week after the ATF issued a warrant for his arrest and that FOX 2’s coverage of it, is part of the reason he’s in police custody.

"Thanks to the story from FOX 2, tips came in from the public and put some pressure on him," Marzban said. "And he did turn himself in after the story was aired." 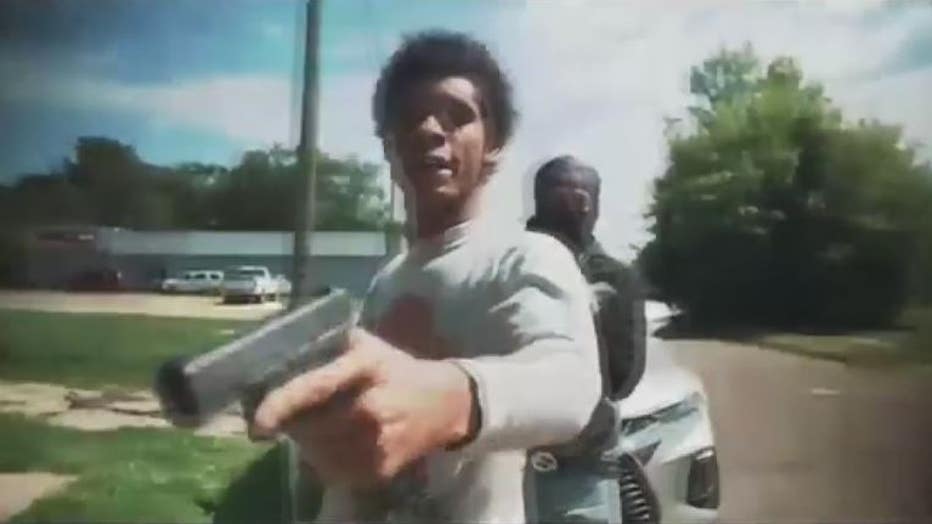 Campbell remains in custody in Tennessee. Right now it’s unclear exactly when he’ll be extradited back to Michigan.